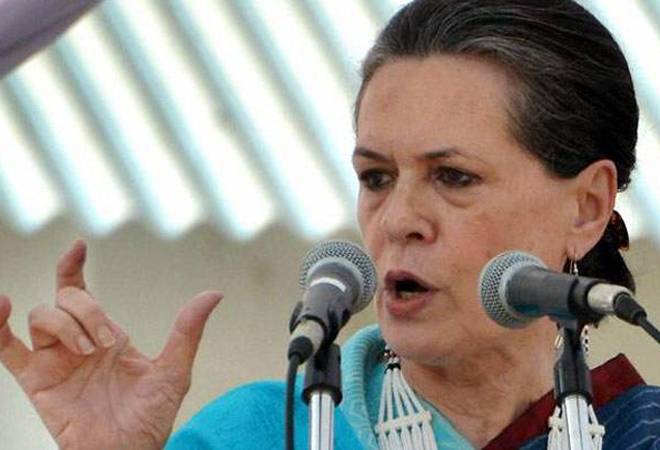 Gandhi's movable assets include Rs 60,000 cash in hand, bank deposits worth Rs 16.6 lakh, Rs 1.9 lakh in shares and Rs 24 lakh worth of investments in mutual funds.

Interestingly, she has given a loan of Rs 5 lakh to her son and Congress President Rahul Gandhi, which was Rs 9 lakh in 2014. Gandhi has one criminal case against her filed by BJP MP from Rajya Sabha Subrmanian Swamy.

She doesn't own any car, according to the document, and has declared an income of Rs 9.6 lakh in her Income Tax Return (ITR) filed in FY18, a stark fall as compared to Rs 87 lakh income shown in her ITR form in FY17.

Gandhi owns 1.2 kg gold valued at Rs 24.2 lakh and 88 kg silver worth Rs. 35.7 lakh as declared in her affidavit. She has no liability and no pending government dues as per her affidavit.

The UPA Chairperson filed her nomination from Rae Bareli constituency in Uttar Pradesh (UP) today. She also performed an elaborate 'havan' at the Congress Central office in Rae Bareli earlier in the day.

The Lok Sabha election for the Rae Bareli consituency will be held in the sixth phase on May 6. Gandhi  is contesting against BJP's Dinesh Pratap Singh, who left Congress party last year. She has  won the seat five times - in 2004, 2006 (bypolls), 2009 and 2014.