The Ratan Tata I Knew: 'I saw him as a taskmaster, motivator, scientist and architect'

I am going to talk about three incidents that will tell you a lot about Ratan Tata.

In 1993, Tata Steel's annual general meeting was held on July 22 in Bombay. I was a senior general manager and had been asked to attend the meeting. Later, Ratan Tata, who had become chairman, invited me for dinner at the Chambers, where I had never been before.

When we reached around 8 pm, we saw directors on our board - people like S.A. Sabavala - sitting with their hands on their heads. I understood that the evening was not going to be just about good food.

At the time, quarterly reporting had not started. Mr Tata came and told us that in the first quarter we had hardly made profits.

Today I understand, that it meant we were making a loss. Manmohan Singh's budget had liberalised the business environment and we had welcomed it. It seemed we were headed for a loss of Rs 180 crore, a large sum.

It was also a crucial year for us. Russi Mody was gone and Ratan Tata was responsible for Tata Steel. All of India was watching the company.

Mr Tata said: "This is the bluest of blue chip companies. Will you let this company have a red bottomline?"

He made me promise to target a cost reduction at Tata Steel by Rs 500 a tonne by March 1994. That was huge - around 7.5 per cent of the costs. There were other targets set too, but I was responsible for the costs target.

MUST READ:'Ratan Tata would never thump the table'

There were many ideas that we had never tried out - and now we were under pressure and started implementing. We had to look at raw material, coal, iron-ore, logistics and labour, and in the process we became one company. Earlier we were like companies unconcerned with each other.

Later, in October, he came to Jamshedpur and I made a presentation on how we were matching global benchmarks without details of how much was being saved.

Imagine this, he was the chairman of not just Tata Steel but the entire group and yet he sat there taking a costs meeting with us.

In January 1994 he met us again. I reported that we were on target to reduce costs by Rs 350 per tonne. This meeting lasted till 2 am in the morning. Mr Tata told me: "Your promise is with me and you do not need to make a fresh promise. But what is at stake is your reputation."

He said it calmly with an expression of disappointment - as if he had himself erred and thought too much of my abilities. It spurred me and the rest of us along and by March we hit the target of reducing costs by Rs 500 per tonne. We also made a profit that year.

Tata had asked McKinsey to do a study on the Tata portfolio and McKinsey had suggested that the Tatas should get out of steel. But Ratan Tata had disagreed and said we would continue to be in steel. He had boosted our morale by saying that. Then he set us an impossible target and worked with us to achieve it.

MUST SEE:Tata Group - The $100 billion empire

The second incident took place earlier, in 1989, when Ratan Tata attended our works conference as a director on the board. Russi Mody was still managing director. I was in charge of production.

In a conference I said: "Half my life is over praising the Japanese. Now, give me the opportunity to match them." We did not know that Ratan Tata would become chairman of our company later. But he remembered that presentation and kept telling me: "No one believed you then but I did. And I made sure you could go ahead to try."

Then, in 2006, in Kolkata, Mr Tata launched Steeljunction and I drove him to the airport. He was the chairman of the national steering committee on hydrogen energy and his dream was that cars would run on hydrogen, which should be available at the press of a pedal. I recounted that when we quenched steel melting slag with water in our steel making plant, I could hear small explosions. I always suspected that at high temperature the water was being split into oxygen and hydrogen.

Mr Tata said: "If you can harvest that hydrogen it would solve my problem." He asked me to spend some time with Anil Kakodkar, Chairman of the Atomic Energy Commission. So I went back to Jamshedpur and I told our R&D head about the process. We poured water drop by drop on the hot slag and collected the gas. Hydrogen collected in this way is now used in Tata Steel's ferro chrome plant as fuel and may someday fuel a hydrogen car. The scientist in him is always ready to back research and innovation.

I live in a house that Ratan Tata had designed for his friend's father, in Jamshedpur. The house had three modules and I have now bought one of them. When I told Mr Tata about it he said that this was the first house he had designed. It has lots of open space and uses a lot of glass. 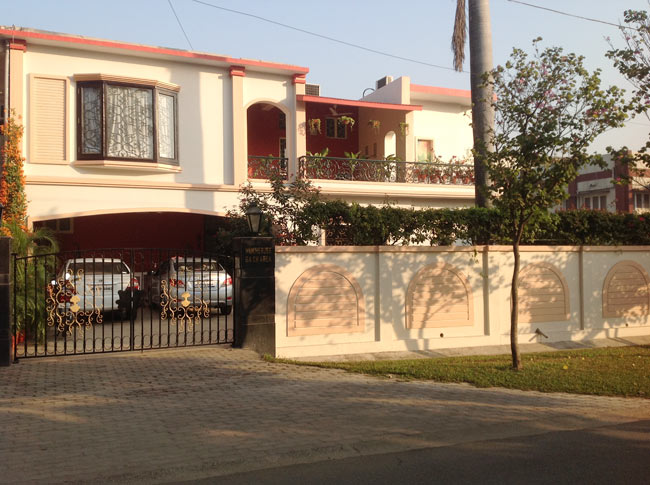 You have to see it to believe how much natural light comes in during the day. Also switches in the house are set at a height of two feet from the floor. The benefits: I have a lot of paintings and I can hang them up on the walls without the switches spoiling the view. And in the bedroom, you can reach them without getting up from the bed. 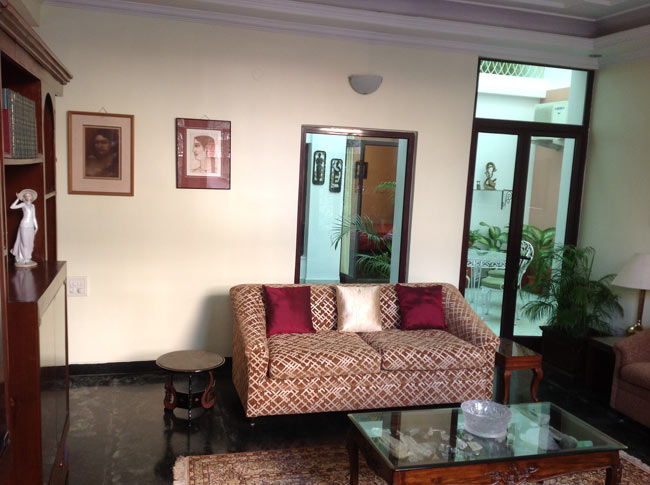 Personally, I have learnt a lot from him. When addressing shareholders, Ratan Tata would always stand up. It was something we imbibed. He was always impeccably dressed. He would come to Bombay House wearing a beautiful tie. And he would have a handkerchief in the jacket pocket - that would be the colour of the shirt and not the colour of the tie.

(As told to Suman Layak)