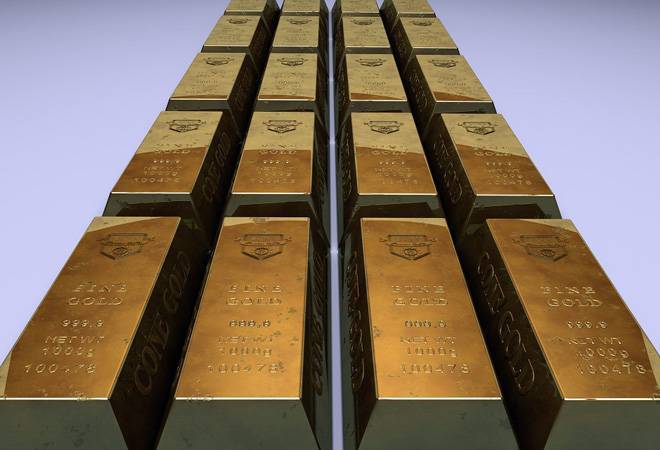 "Concerns about the unrest in the United States at the moment appear to be weighing on market sentiment," said Michael McCarthy, chief strategist at CMC Markets, adding that rising tensions between the world's top two economies provided further support to gold. Protesters have flooded the streets in the United States over the death of George Floyd in police custody, in a wave of outrage sweeping a politically and racially divided nation.

The closely packed crowds and demonstrators not wearing masks have sparked fears of a resurgence of COVID-19, which has killed more than 101,000 Americans. In Asia, China's state media and the government of Hong Kong lashed out on Sunday at U.S. President Donald Trump's pledge to end Hong Kong's special status if Beijing imposes new national security laws on the city.

Gold is often used as a safe store of value during times of political and financial uncertainty. Indicative of sentiment, holdings of SPDR Gold Trust, the world's largest gold-backed exchange-traded fund, rose 0.3% to 1,123.14 tonnes on Friday, a fresh seven-year high. Further supporting gold's appeal, the dollar index .DXY fell 0.4% against its rivals. Elsewhere, silver jumped 2% to $18.20 per ounce, its highest since Feb. 26, before retreating slightly to trade 1.8% higher at $18.16.

Speculators cut their bullish positions in COMEX gold and increased them in silver contracts in the week to May 26, the U.S. Commodity Futures Trading Commission said on Friday. Palladium rose 0.7% to $1,958.25 per ounce, while platinum declined 0.3% to $835.56.