Rupee slips 9 paise against US dollar in early trade

The dollar index slipped 0.09 per cent to 92.65 against a basket of six currencies 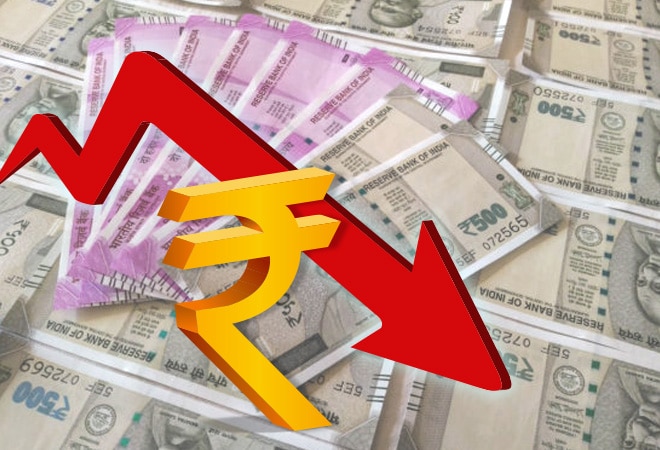 The rupee opened lower at 74.24 per dollar at the interbank forex market, then slipped 9 paise to 74.27 over its last close

The rupee depreciated 9 paise to 74.27 per US dollar on Wednesday's opening trade amid strengthening crude prices.

However, a weak US dollar supported the local unit and capped the fall.

The rupee opened lower at 74.24 per dollar at the interbank forex market, then slipped 9 paise to 74.27 over its last close.

In the previous session, rupee had settled 3 paise lower at 74.18 per US dollar.

After touching its lifetime peak in the opening session, Sensex and Nifty traded on a flat note on Wednesday. Sensex fell 99 points to 43,178 and Nifty was trading 8 points lower at 12,622. While Sensex jumped 430 points in the session to breach 43K mark and hit an all-time high of 43,708, Nifty gained 138 points to touch a fresh high of 12,769 today.

The dollar index slipped 0.09 per cent to 92.65 against a basket of six currencies.

"Crude gained another 2 per cent, extending its 10 per cent rally of the previous session. The US dollar though has recovered a bit with the Euro and commodity currencies retracing from highs," Abhishek Goenka, Founder and CEO, IFA Global, said.

Anuj Gupta- DVP- Commodities and Currencies Research, Angel Broking said,"Oil prices touched $42 a barrel in New York after an drop in API crude oil inventories reported by US institute. It also taking positive cues from 46th presidential election as Mr Biden won the election. The optimism comes from expectation of increasing demand from the world after announcement of development of vaccine of corona virus from p-fizer. In last two days MCX Crude oil prices increased 10.40% and closed at 3058 leels."