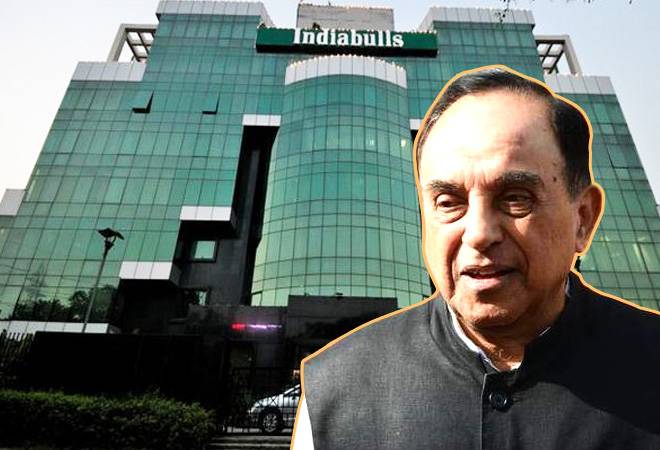 Shares of Indiabulls group companies fell between 5-12 per cent on the Bombay Stock Exchange (BSE) after BJP leader Subramanian Swamy accused the housing finance firm of laundering more than Rs 1 lakh crore. The group, however, has refuted the charges, saying that "it has never taken any loan or refinancing facility from National Housing Bank (NHB)".

Rajya Sabha member Subramanian Swamy has written a letter to Prime Minister Narendra Modi, alleging that Indiabulls group has created more than 100 shell firms and took loans from National Housing Bank (NHB) and re-alloted or siphoned it off to many real estate firms in Maharashtra, Delhi, Gurugram, Bengaluru and Chennai in the range of Rs 30 crore to Rs 1,000 crore.

Reacting to the news, Indiabulls Housing Finance share price declined as much as 12.29 per cent to hit an intra-day low of Rs 547.40 apiece on the BSE. Paring some of early losses, the stock settled the day's trade at Rs 559, down 10.44 per cent. The stock saw surge in selling with 14.80 lakh shares changed hand over the counter as compared to their 2-week average trade volume of 5.92 lakh shares.

Responding to Subramanian Swamy's letter dated June 28 being circulated in social media, alleging embezzlement of more than Rs 1 lakh crore from NHB, Indiabulls Housing Finance clarified that it has never taken any loan from NHB.

The total loan book of Indiabulls Housing is approximately Rs 87,000 crore, it added.