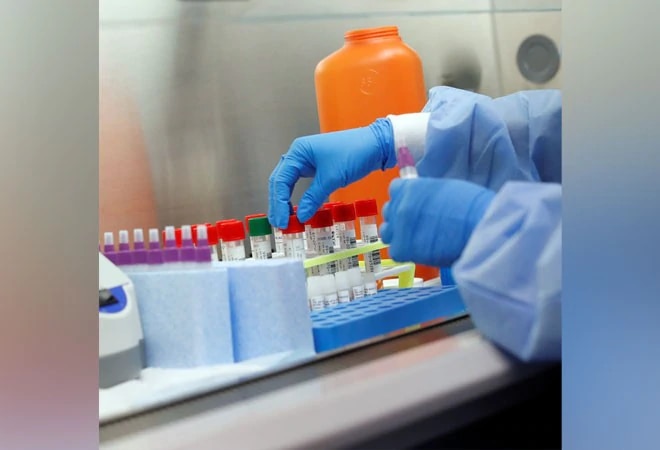 Shares of Moderna Inc rallied as much as 39 per cent in premarket trading on Monday on NASDAQ after the biotech firm said that its experimental COVID-19 vaccine showed positive effects in the first few patients in an early trial. Moderna's stock price has more than tripled since February and has surged 240 per cent in the year against Friday's closing level.

In line with premarket trading, Moderna shares opened higher at $86.14 against previous close level of $66.69. The stock gained as much as 30 per cent to hit a 52-week high of $87 in early deals on the  NASDAQ as investors were buoyed by optimism over potential coronavirus vaccine.

In a press release, the Cambridge-headquartered firm announced positive interim phase 1 data for its mRNA vaccine (or mRNA-1273) against novel coronavirus, with the vaccine producing virus-neutralising antibodies similar to those found in recovered patients.

The early trial on eight patients showed that participants that received doses of Moderna's potential COVID-19 vaccine developed the same or greater amounts of antibody levels seen in blood samples of people who have recovered from coronavirus, as per the study conducted by the National Institutes of Health.

The company has signed deals with Swiss contract drugmaker Lonza Group AG and the U.S. government to produce massive quantities of its vaccine.

"With today's positive interim Phase 1 data and the positive data in the mouse challenge model, the Moderna team continues to focus on moving as fast as safely possible to start our pivotal Phase 3 study in July and, if successful, file a BLA," said Stephane Bancel, Chief Executive Officer at Moderna.

"We are investing to scale up manufacturing so we can maximise the number of doses we can produce to help protect as many people as we can from SARS-CoV-2," Bancel added.

The potential COVID-19 vaccine against SARS-CoV-2 was selected by Moderna in collaboration with investigators from Vaccine Research Center (VRC) at the National Institute of Allergy and Infectious Diseases (NIAID), a part of the National Institutes of Health (NIH). The first clinical batch, which was funded by the Coalition for Epidemic Preparedness Innovations, was completed on February 7, 2020 and underwent analytical testing. It was shipped to NIH on February 24, 42 days from sequence selection. The first participant in the NIAID-led Phase 1 study of mRNA-1273 was dosed on March 16, 63 days from sequence selection to Phase 1 study dosing, the company said.

Last week, the US drug regulator Food and Drug Administration (FDA) had granted fast track designation for the company's potential COVID-19 vaccine. Fast track is designed to facilitate the development and expedite the review of therapies and vaccines for serious conditions and fill an unmet medical need.

Why banking stocks were top losers in trade today