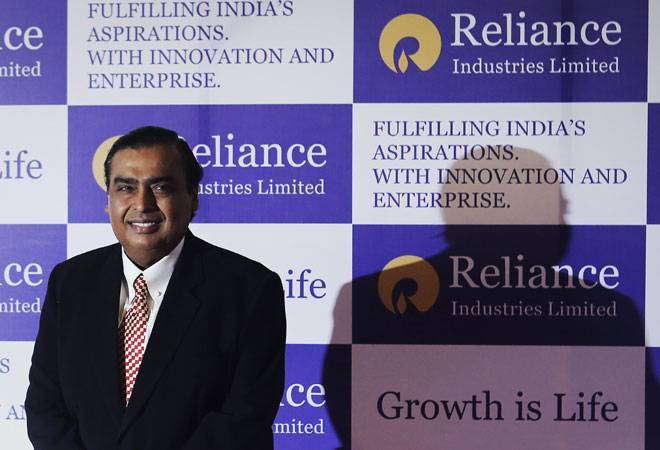 Reliance Industries chairman Mukesh Ambani: RIL share price has gained 40.09% during the last one year and risen 37.82% since the beginning of this year

Reliance Industries share price rose in trade today after global banking major HSBC cited strong performance of retail and telecom business to raise the target price of the stock. Reliance Industries share price gained up to 2.1% to Rs 1,569.60 against previous close of Rs 1537.25 on BSE. Market capitalisation of the Mukesh Ambani-led conglomerate rose to Rs 9.82 lakh crore on BSE.

RIL share price has gained 40.09% during the last one year and risen 37.82% since the beginning of this year.

HSBC said," Operating trends for Jio and organised retail remain strong and are set to drive near-term upside potential. Jio's plans to raise tariffs offer scope for rapid improvement in profitability amid declining capital expenditure which is a positive for RIL." HSBC retained buy call for Reliance Industries share and raised its target price to Rs 1,700 from Rs 1,565.

It has been a dream run for the Reliance Industries stock since the conglomerate announced its Q2 earnings on October 18, 2019. The firm has received a series of upgrades from brokerages since October.

Also read: Reliance Jio to hike tariffs: Is this the end of honeymoon period for consumers?

Analysts had estimated RIL's GRM to come in at $9.5-$10.5 per barrel in Q2. Gross refining margin is the difference between the total value of petroleum products coming out of an oil refinery (output) and the price of the raw material, (input) which is crude oil. The Q2 earnings came above Bloomberg consensus estimates according to which the conglomerate was likely to report a 17 per cent rise in its consolidated net profit to Rs 11,158 crore.

The conglomerate logged a 4.8 per cent rise in revenue to Rs 163,854 crore in Q2 against Rs 1,56,291 crore in the corresponding quarter, led by strong growth in retail and digital services businesses. Profit before tax (PBT) rose 15.5 per cent to Rs 15,055 crore in  Q2 compared with Rs 13,198 crore in corresponding period of previous fiscal.

RIL logged operating profit (EBITDA) of Rs 23,169 crore in Q2 compared to Rs 21,641 crore in the corresponding period of the previous fiscal on strong operating performance in retail and digital services business. Other income rose nearly three-fold to Rs 3,614 crore in Q2FY20 against Rs 1,250 crore in Q2FY19.