The IPO of the credit card unit of the country's largest lender SBI will close on March 5. Shares will be offered in SBI Cards IPO in a lot of 19 and in multiples of 19 equity shares thereafter. 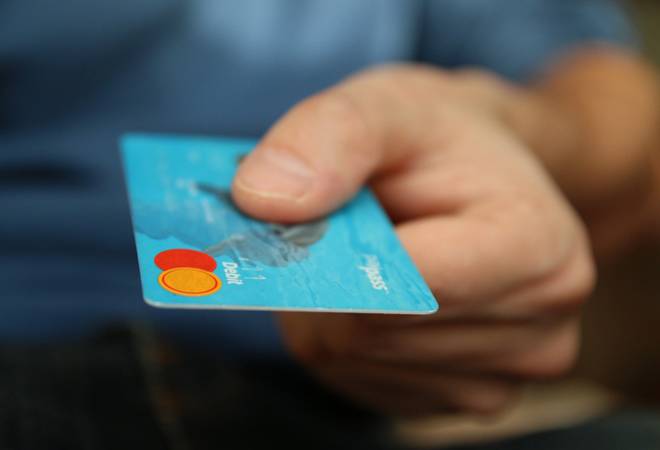 On the valuation front, at the upper end of the price band, SBI cards are valued at 19x P/BV.

The initial public offering (IPO) of SBI Cards and Payment Services, credit card unit of the country's largest lender SBI, will be launched on March 2 at a price band of Rs 750-755 per share. SBI Cards IPO comprises issue of fresh equity worth Rs 500 crore for strengthening the company's capital base and offer for sale by promoters of up to 13 crore shares. With the IPO, SBI Cards will become the fifth company under the SBI Group to be listed on bourses.

1. About the IPO: The issue size works out to be Rs 10,355 crore ($1.4 billion), making it the fifth-biggest domestic IPO. While the company will not receive any proceeds from the Offer for Sale (OFS), net proceeds generated from the fresh issue are proposed to be utilised for augmenting the capital base to meet its future capital requirements.

2. IPO Structure: The IPO will close on March 5. Shares will be offered in a lot of 19 and in multiples of 19 equity shares thereafter.

While return on average equity (ROAE) has remained stable since 2017 at 28.4% till the end of FY19, its return on average assets (ROAA) increased from 4.0% in FY2017 to 4.8% in FY2019. SBI Cards' gross NPAs stood at 2.33% and net NPAs at 0.78% as on September 2019. "SBIC commands relatively strong RoA, mainly led by superior margins/fees on better revolve rates/spends and contained credit cost, while the benefits of lower tax rate can potentially further drive up RoAs in the near term," Kotak Securities said in its report. SBI Cards has not seen its RoE fall below 25% in the past 6-7 years and has averaged 30% ROE during the period.

4. Credit Card Industry: Top four players control 70% of the market, both in terms of number of cards in use and spend. As per industry experts, the credit card industry spends are likely to grow 2.5 times in next five years. According to Kotak Securities, the proportion of credit card originations among millennials (persons below 30 years of age) has increased from 19% in FY15 to 35% in FY19, and the share of customers aged below 25 has increased 10-fold from FY2015 to FY2019. With credit-shy Indians becoming more 'credit-friendly', credit card penetration is likely to rise in the future.

"In terms of per transaction spend, volume (no. of transactions) as well as credit cards outstanding, the company is marginally higher than the sector average. Thus, when we factor 19.3% CAGR for the sector over the next five years, we expect SBI Cards to grow by 25%," Anand Rathi said in its IPO note.

5.Key Risks: Risks cannot be overlooked in a high priced valuation like SBI Cards. Coupled with this, it is a single product company dealing in unsecured credit and there are no other products to de-risk the book in bad times. In a slowing economy, rise in defaults could impact quality of its portfolio. India Equity Research in its IPO note pointed out MDR/Interchange fees, higher capital requirement and rising asset-quality risk given weakening macros/employment rates as key risks to investors."

Spends per card for SBI Cards have been stagnating after a decent run over FY14-18 in line with the industry.

Another key risk for the broader industry is that credit card penetration remains low in the country (4 out of 100 people as compared to over 30 per 100 people for China and other developing and developed countries). Credit card receivables in India stand at 0.5% of GDP versus 4% in the US. SBI Cards' share of customers from top 8 cities has also fallen from 67% in FY17 to 42% in 1HFY20, with additions largely from Tier-4 towns and below.

6. Key Business strategy: The credit card firm follows a multi-channel customer acquisition network as its key business strategy. The firm also has partnerships with several major players in travel, fuel, fashion, healthcare and mobility industries, such as Air India, Apollo Hospitals, BPCL, Etihad Guest, FBB, IRCTC, OLA Money and Yatra, among others. According to the draft prospectus, the company expects number of credit cards to increase at an annual rate of 25% per year.

"Company's business is technology-driven and underpinned by their data analytics capabilities, which cut across all aspects of their operations. Their core technology systems are scalable, modern and sophisticated, with considerable capacity to support their future growth," Axis Capital added in its IPO note.

7. Peers: Ranked second-largest credit card issuer of the total 74 players offering credit cards in India, SBI Cards dominates the credit card business. While there are 30 plus companies offering cards in India, the top 4 (HDFC Bank, SBI Cards, ICICI Bank and Axis Bank) control 70% plus of cards/spend market share. It has 18% market share in terms of the number of credit cards outstanding as of November 30, 2019, and 17.9% market share of the Indian credit card market in terms of total credit card spends in eight months ended November 30, 2019. The company comes second only to HDFC Cards which holds 25%, 28% and 50% of the number of cards, spends and loans outstanding. HDFC Bank has been the market leader in the cards space for years, although SBI Cards has been catching up. As per Macquarie Research, SBI Cards has improved the quality of its active card users and has been more than doubling spends per card in the past five years from Rs 60,000 per annum to Rs 145,000 per annum. This is now in line with the spends per card of the market leader HDFC Bank. The company also has reported 50% fewer fraud cases compared to its peers.

"During FY14-19, SBI cards grew faster than the system in terms of transaction volume (34% versus 28%) and also credits card outstanding (24% versus 20%). We expect this to continue with growth in credit card spend at 25% versus 19% for the system during FY20-25. SBI Cards is likely to mine the huge debit card base for SBI (35% market share) more effectively," Anand Rathi Research said in the research report.

8.Company Promoters: SBI Cards is a joint venture between State Bank of India and GE Capital Mauritius Overseas Investment. As a subsidiary of SBI, the company has access to SBI's extensive network of 22,007 branches across India. SBI Cards is the only PSU bank-backed company active in the credit card industry, that is usually dominated by private and foreign banks. Given its strong sourcing system and parentage, most brokerages have estimated resilient growth for SBI Cards.

The bulk of the IPO will be a secondary share sale (Offer for sale) by its promoters, namely Carlyle Group, and State Bank of India (SBI) in a move to make partial exits from the credit card firm. SBI and Carlyle are reportedly paring their stakes through Offer for Sale (OFS) process, by 4% and 10% respectively. SBI holds 74% of the issued, subscribed and paid-up share capital of the company. Carlyle Group, which holds 26% through its subsidiary CA Rover Holdings, will jointly sell 130.5 million shares. New accounts sourced from SBI's existing customer base have risen from 35% of all new accounts in FY17 t 45% in FY18 and 55% in FY19.

Kotak Securities said in its report that fees nearly contribute 49% of the overall gross card revenues and 53% of the net income for the firm, mainly driven by higher spends per card leading to strong interchange fees, contributing nearly 46% of the fees and higher instance-based fees (including penalties). Besides this, more than 95% of the cards are fee-paying cards with membership fees ranging from Rs 500 to Rs 5,000, leading to healthy subscription fees as well, contributing nearly 13% of fees, it added.

10. About the Company: With over 9 million credit-card customers, it is the second-largest credit-card issuer in the country. Delhi, Mumbai, Bangalore are the top 3 contributors to its business. SBI Card's credit card portfolio caters to individual cardholders and corporate clients and includes lifestyle, rewards, travel and fuel, shopping, banking partnership cards and corporate credit cards. The company is rated AAA and A1+ by rating firms CRISIL and ICRA. On the valuation front, at the upper end of the price band, SBI Cards is valued at 19 times price to book value.

As at December 2019, SBI Cards mobile application received a rating of 4.7 out of 5.0 on the Apple App Store and 4.6 out of 5.0 on the Google Play Store, it added. Market analysts said the company has shown deep industry expertise and a demonstrated track record of growth and profitability.