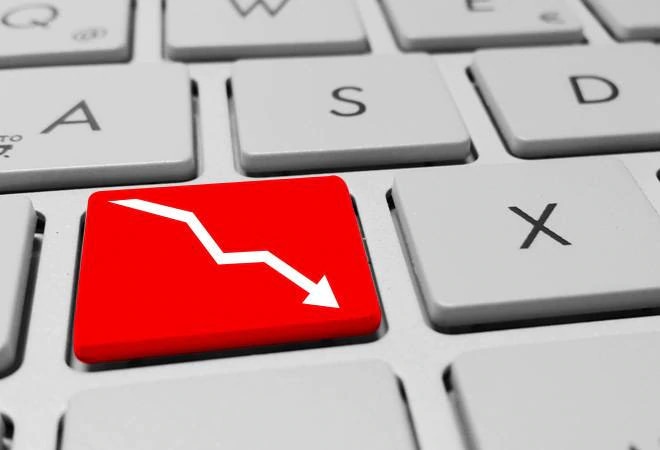 Wall Street sold off sharply on Friday after Trump, as well as US Secretary of State Mike Pompeo, blamed China for creating coronavirus in a Chinese laboratory

Sensex and Nifty fell over 5.5% each on Monday tracking weak cues from overseas trend and subdued earnings season.

Wall Street sold off sharply on Friday after Trump, as well as US Secretary of State Mike Pompeo, blamed China for creating coronavirus in a Chinese laboratory.

Ajit Mishra, VP - Research, Religare Broking said," Above all, the news of US president contemplating fresh tariffs on China over its mishandling of the pandemic triggered a sharp decline in the US markets which further worsened with the warning from Apple and Amazon."

Pharma stocks outperformed in today's session, the only index that closed in green territory. All the other indices ended with losses with banking, metals and consumer durables being the top losers.

While metal, banking and financial indices dropped over 8% each, PSU Banking, realty and auto were down 7% each, followed by 5% fall in media.

Auto shares fell sharply today, as most of the industry majors posted zero domestic sales for the April month, due to the virus-induced lockdown. While Maruti closed 8.75% lower, Eicher Motors fell 6.45%, and M&M ended 2.66% lower.

Ajit Mishra VP - Research, Religare Broking said, "The sharp cut in the index in early trade on Monday could be a shock for many and that might result in erratic swings. Technically, 9200 would be a critical support zone for the Nifty index."

Amid weakness in equity markets, rupee also opened 61 paise lower in the currency market today at 75.73 per dollar. The local currency later closed at 75.71 against the last closing of 75.12 per US dollar.

Traders said the extension of the lockdown till May 17, coupled with weak economic key data also impacted the markets. Meanwhile, the nation has reported a total of 42,533 coronavirus cases, of which 11,706 have been cured or discharged patients. The death toll in the country has risen to 1,373.

Commenting on Nifty's near term technical outlook, Sameet Chavan said, "In case of further escalation, we may see Nifty correcting towards 9100 - 9000, whereas on the flipside, 9390 followed by 9450 would be seen as immediate hurdles."