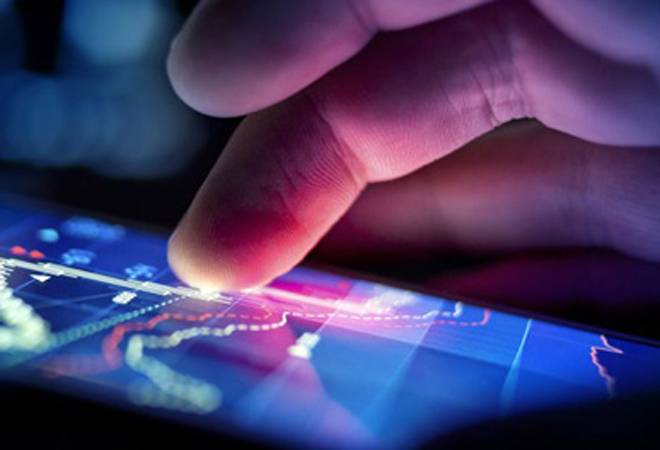 Sensex, Nifty Updates: Sensex and Nifty closed majorly bullish on Thursday, as investors were optimistic ahead of the outcome from FM Sitharaman's press conference today, scheduled to be at 4 PM. Positive opening of European markets further led domestic indices higher. Sensex ended 700 points to 34,208 and Nifty rose 210 points to 10,091. Sensex and Nifty recovered from initial losses and climbed majorly by Thursday's afternoon session to close at say's high, rising over 2% each. Earlier domestic indices opened tad lower, tracking weak cues from in Asian equities, and Wall Street Futures amid fears of resurgence of the virus in US and China. Meanwhile, companies set to announce their earnings are Bajaj Consumer Care, IRB Infrastructure Developers, City Union Bank, CARE Ratings Thomas Cook, GSFC, Whirlpool among others.

Sensex and Nifty closed majorly bullish on Thursday, as investors were optimistic ahead of the outcome from FM Sitharaman's press conference today, scheduled to be at 4 PM. Positive opening of European markets further led domestic indices higher.  Sensex ended 700 points to 34,208 and Nifty rose 210 points to 10,091.

Welspun Corp share price opened with a gain of 2.44% today and later touched an intraday high of Rs 86.1, rising 5% on BSE.

S Ranganathan, Head of Research at LKP Securities said,"A spirited rally by the two Bajaj Twins in the BFSI segment helped the dalal street close comfortably above the mark today.  The day also witnessed strong investor appetite for Defence stocks in the wake of the recent Indo-China tension across the border".

PowerGrid has received a letter from Ministry of Power advising to set up a 100% subsidiary with separate accounting an Board structure, which would be responsible for carrying out statutory functions, a identified for Central Transmission Utility (CTU) under the Electricity Act, 2003, and also other functions assigned to CTU by CERC.

The afore mentioned 100% subsidiar company (CTU) would be separated as a wholly owned Government of India compan within 6 months or till the completion of formalities for creation of the aforementione company, the filing added later.

Escorts share price climbed to a fresh 52-week high of Rs 1,015 on BSE today, which raised the value of his stake in the firm to Rs 92.36 crore.

Ace investor Rakesh Jhunjhunwala is sitting on a profit of over Rs 42  crore from his investment in Escorts share in less than three months. On March 23, 2020, Escorts stock closed at Rs 551.30 on BSE. Jhunjhunwala held 91 lakh shares or 7.42% at the end of March quarter valuing his stake at Rs 50.16 crore. Jhunjhunwala first bought 50 lakh shares of the company in the September 2013 quarter.

Dixon Technologies share price rose 4.42% on BSE to an intraday and all-time high of Rs 5580, rising on Thursday's session after Samsung said it plans on expanding their partnership with the Indian manufacturer to produce TVs locally. Samsung is set to bring down the tally of TVs imported from its plants in other countries and locally manufacture almost 85-90% of the televisions they sell in India, expanding their partnership with Dixon Technologies.

The country's largest television brand has also decided to expand its contract with the Indian manufacturer to produce smart TV variants from 43-58 inches in India. Dixon Technologies was earlier manufacturing 32 and 43 inches TV sets for Samsung.

Share price of REC fell over 3% today after the state-owned firm reported a 62 per cent fall in its consolidated net profit for Q4. REC share price lost up to 3.30% to Rs 102.50 against the previous close of Rs 106 on BSE.

Jyoti Roy, DVP Equity Strategist, Angel Broking expressed his views on the Supreme Court's hearings on the petition from DoT petition to allow telecom companies to make staggered payment for their Adjusted Gross Revenue (AGR) dues. He said, "The telecom companies are going to file their replies to the Supreme Court's questions today as the Court in their last hearing had directed telecom companies to provide details with respect to the roadmap and timeline for payment of AGR due and security they can provide to guarantee payment. While Bharti Airtel and Vodafone will bat for a timeline of 20 years we believe that the Supreme Court may agree to a shorter tenure which would put Vodafone Idea in a weak position given that it has so far paid only INR 6,854 crore out of total demand for INR 58,254 crore by the DoT. Bharti Airtel is in a much better position given that they have already paid INR 18,004 crore out of their total dues of INR 43,980 crore and has a relatively stronger balance sheet as compared to Vodafone Idea and therefore better placed to provide guarantees."

Reliance Securities in its report said,"We reiterate that the index will oscillate between its long-term (100-day SMA) and medium-term (50-day EMA) moving averages, which are now placed at 10,133 and 9,668 levels, respectively.  As mentioned earlier, we believe that either side breakout in index will set the trend.

Fitch Ratings revised the rating outlook for India to negative from stable on Thursday. It retained its sovereign rating at the lowest investment grade of 'BBB-'. "Fitch Ratings has revised the outlook on India's long-term foreign-currency issuer default rating (IDR) to negative from stable and affirmed the rating at 'BBB-'," it said. "The coronavirus pandemic has significantly weakened India's growth outlook for this year and exposed the challenges associated with a high public-debt burden. Fitch expects economic activity to contract by 5% in the fiscal year ending March 2021 (FY21) from the strict lockdown measures imposed since 25 March 2020, before rebounding by 9.5% in FY22," it stated.

Commenting on HDFC AMC Offer For Sale, that opens and closes today, Angel Broking said," Considering that HDFC AMC is the second largest AMC coupled with huge potential of MF industry growth, strong return ratios, asset light business, higher dividend payout ratio and track record of investment performance, we are positive on this OFS and rate it as SUBSCRIBE."

Asian markets are trading lower as investors were concerned about rise in coronavirus cases in China amid data reporting rise of unemployment in Australia.

Wall Street closed lower as it weighed in the possibility of more time for economic recovery.

European markets closed slightly higher as optimism from economy turning around after recent easing of lockdown was kept under check by geopolitical tensions.

The rupee appreciated 7 paise to 76.09 per dollar on Thursday tracking weakness in US dollar.

Rupee vs Dollar: Rupee appreciates 7 paise to 76.09 amid weak weak US currency

Geojit Financial in its daily market report said," The recent low of 9734 is now clearly in the eye line, with 9550-9480 as further downside objectives. It would require a direct rise above 10034 or a close above 9930 to revive upside hopes."

Natco Pharma share price fell 2.9% to the intraday low of Rs 595.6 on BSE, after the company posted its March quarterly results. Company's net profit came at Rs 138 crore in FY20 as against loss of Rs 148 crore in FY19. Company's total income rose 0.2% (YoY) to Rs 454 crore in the January-March quarter of the current fiscal as compared to Rs 455 crore in a year-ago period.

Tracking volatility from Asian counterparts, Sensex and Nifty reserved trend and traded higher by the first hour of session on Thursday. Sensex climbed 102 points to 33,610 and Nifty rose 45 points to 9,926. Earlier domestic indices opened tad lower, tracking weak cues from in Asian equities, and Wall Street Futures amid fears of resurgence of the virus in US and China.

Tracking volatility from global equities, Sensex and Nifty were trading marginally higher by the first hour of session. Sensex climbed 80 points to 33,589 and Nifty rose 22 points to 9,903.

Gold price remained steady on concerns of second wave of coronavirus and expectation of Fed holding rates but gains were limited as dollar remained strong.

Oil prices dropped on Thursday with US crude futures falling 1.9% to $37.49 per barrel, while international benchmark Brent lost 1.4% to $40.14 a barrel. Oil price gave up some gains as U.S. stockpiles rose to a record high for the second consecutive week.

Expressing views on Nifty's short term outtlook, Sameet Chavan (Chief Analyst-Technical and Derivatives, Angel Broking said, "Tensions at the India-China border is keeping our market on it's toes. This is clearly getting reflected in prices, the way market is behaving since last couple of days. Technically speaking, Nifty is struggling to surpass the sturdy wall at 10000 and at the same time, 9800-9700 has become a key support zone. Any negative development on the domestic as well as global front, will lead to a breakdown below these levels. However until then, there is still a ray of hope and a move beyond 10000 would strengthen the upside rally."

Domestic indices Sensex and Nifty opened tad lower on Thursday, tracking weak cues from in Asian equities, and Wall Street Futures amid feras of resurgence of the virus in US and China.  Sensex was down 11 points at 33,496 and Nifty was trading 7 points higher at 9,888. Domestic markets continued to trade volatile today as investors turned pessimistic amid fresh escalated tensions between Indian and Chinese troops that were reported at a disputed border site on Monday.

Overseas, Asian equities and Wall Street futures were trading lower on Thursday, amid  surge in new coronavirus infections in some US states and China that erased hopes of a quick global economic recovery from the pandemic.

While several US states including reported a surge in new coronavirus infections, China's Beijing cancelled flights, shut schools and blocked off some neighborhoods.

On a net basis, FIIs offloaded Rs 486.62 crore while DIIs bought Rs 168.05 cr ore worth in equities on Wednesday

On the currency front, Rupee, the local currency, ended at 76.15 per US dollar as against the last closing of 76.21 per dollar.

Commenting on the local unit, Anuj Gupta  DVP Commodities and Currencies Research, Angel Broking said," Geopolitical tension between Indian & China is a major cause of depreciation of USDINR. Although uncertainty in the global financial market and increase cases of Covid-19 are also negative for the currency. We expect USDINR may depreciate further and it is expected that USDINR may test 76.60 - 76.80 levels soon."