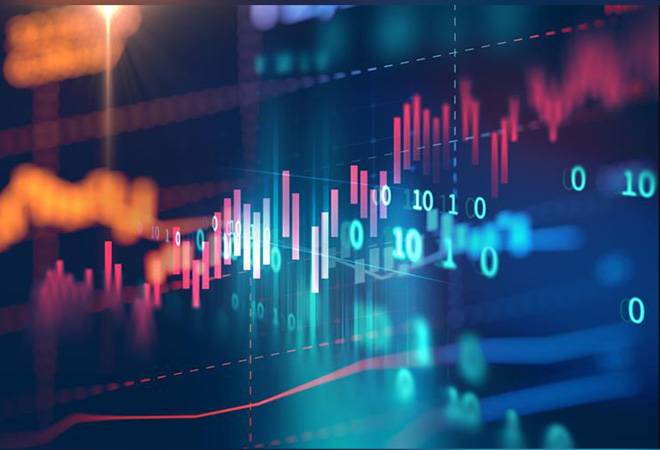 HUL is the most valued FMCG company in the stock market at Rs 4.5 lakh crore

The five subsidiaries of the foreign multinational companies - Hindustan Unilever (HUL), Nestle India, Colgate-Palmolive (India), Procter & Gamble Hygiene & Health Care and GlaxoSmithKline Consumer Healthcare - have recorded gains in the range of 13 per cent to 28 per cent year-to-date. By comparison, the Sensex spiked 11.22 per cent during the same period. HUL is the most valued FMCG company in the stock market at Rs 4.5 lakh crore, while the second biggest player ITC is Rs 1.3 lakh crore behind at Rs 3.2 lakh crore. 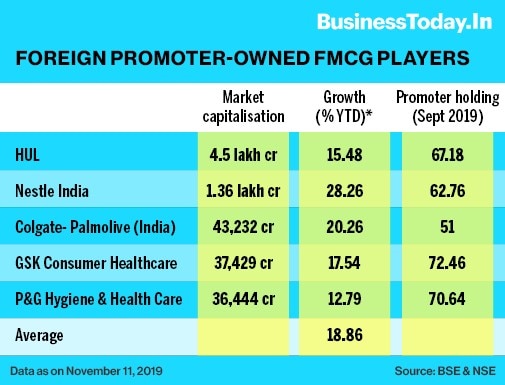 Among the ten FMCG companies evaluated, Nestle is the top performer that increased its market value by 28.3 per cent to Rs 1.36 lakh crore so far in 2019. Dabur India, the top domestic FMCG player, grew its market cap by 13.11 per cent to Rs 84,315 crore. The stocks of ITC and Godrej Consumer Products (GCPL) fell the most by 8 per cent and 9 per cent, respectively. The two other Indian companies - Britannia and Marico - registered almost muted growth. 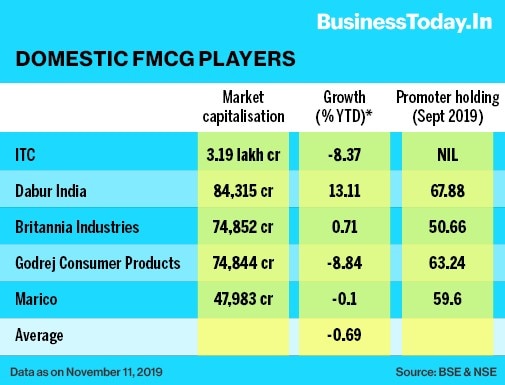 Deven R Choksey, managing director, KR Choksey Investment Managers, says that the key differentiating factor between domestic and foreign players in FMCG is promoter holding and floating stock ratio and the better dividend payouts. "Foreign parents hold more shares in their Indian subsidiaries and the dividend payout is the major earning for parents. It helps investors in the companies to earn better yield for their investment. So the demand is more for the shares of foreign FMCG companies," he said.

Shaky consumer sentiment and the liquidity squeeze slowed the sales volume growth of FMCG companies in the second quarter of this financial year compared with last year, when consumer sales were strong thanks to a long festive season and rural growth. The volume growth for consumer goods companies was around 3-7 per cent during July-September. Another surprising element is that the corporate tax rate cut did not benefit Indian FMCG companies in supporting their stock performance.

Retail expert Devangshu Dutta, Chief Executive at a management consultancy Third Eyesight, says that the stock market is driven by sentiments and both Indian and foreign players are well-footed to cash in on the growth. Another FMCG analyst says, "There could be a possibility that investors are seeing more scope in the business strategies of foreign FMCGs compared to Indian players."

Commenting on the financial performance of the second quarter, Nisaba Godrej, Chairperson, GCPL, said, "Our India business has delivered a robust volume growth of 7 per cent amid a general slowdown in staples consumption. We expect a gradual recovery in the coming quarters for the FMCG industry and also for our business."

Research agency Nielsen reported that the FMCG market has clocked value growth of 7.3 per cent in the September quarter, down from 16.2 per cent. About half of the growth was because of the increase in average price realisations, it noted.

Sanjiv Mehta, chairman and managing director of Hindustan Unilever said, "First half of 2019 witnessed slowdown in demand led by rural. Rural consumption has been weak for the last few quarters due to macro economic factors... Urban consumption has also softened. However, the pace of deceleration is comparatively starker in rural markets."

According to Sanjiv Puri, the Chairman and Managing Director of ITC, "There is slowdown for sure and fairly widespread but India is a consumption market. We are still growing and the headroom to grow is enormous."

Also read: How this Indore-based FMCG firm reinvented itself amid economic slowdown