MindRush 2016: The Stock Market and the Effects of Demonetisation

Sensex returns have almost remained stagnant in 2016 as the year comes to an end. The year before was not any better. 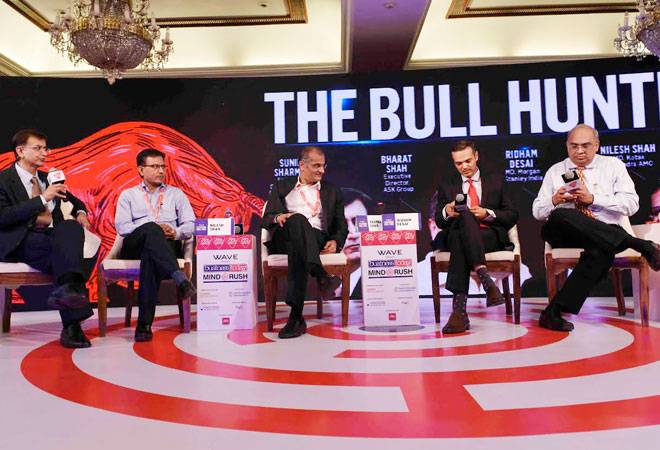 Sensex returns have almost remained stagnant in 2016 as the year comes to an end. The year before was not any better. To make any estimate of the Sensex target for 2017 is all the more difficult. For instance, the surprise 'demonetisation' move has dashed all the hopes of a recovery that were expected in the economy after a prolonged period of slow earnings growth.

At the Business Today Mind Rush event, four Dalal Street veterans gave their wisdom on "How to survive stock market in 2017". The advise: stay invested for the long-term.

Rashesh Shah, Chairman and CEO of Edelweiss Group, which also runs the largest asset reconstruction company, is betting on existing projects on the ground. "No new capacity has come up after 2011/12. A good operating project in any industry will give better results. Any fresh capacity coming up in the current environment will be at a higher cost," says Shah.

Ridham Desai, Managing Director, Morgan Stanley India, says the markets are in the midst of an earnings recovery. "That story would have built up nicely in the next two quarters but because of demonetisation it has been pushed back," says Desai. Agrees Nilesh Shah, MD, Kotak Mahindra Asset Management Company: "We are looking at three to six months of delayed recovery."


"We are in the middle of a long-term bull market. Investors who are patient can come out winner in 2017," says Desai.

Rashesh Shah also believes that the move was just not an economic experiment but a social experiment. "It's an experiment that has a lot of benefits with an increased flow of informal funds into the formal system," he says. Bharat Shah, Executive Director, ASK Group, pointed out that there could be a shift from physical assets to financial assets because of demonetisation. Rashesh Shah says export-oriented companies will also be under a lot of pressure because of global slowdown. "There will be some earnings pressure on these companies."

But there are other dangers, too, for the broader market in 2017. Oil prices have shot up by 40 per cent from $36 a barrel a year ago to $52 a barrel. There is likely to be further increase in oil prices. This increase has the potential to fuel domestic inflation. In fact, the strengthening of the dollar coupled with higher rates in the US has the potential to weaken the rupee value further against the dollar. "The biggest economy in the world is exiting the easing monetary policy," says Desai.

There is yet another unknown risk. President-elect Donald Trump has already labeled H1B Visa programme as being 'unfair' and, if implemented, could impact Indian IT companies. Trumph had also vowed to bring American jobs back from India.