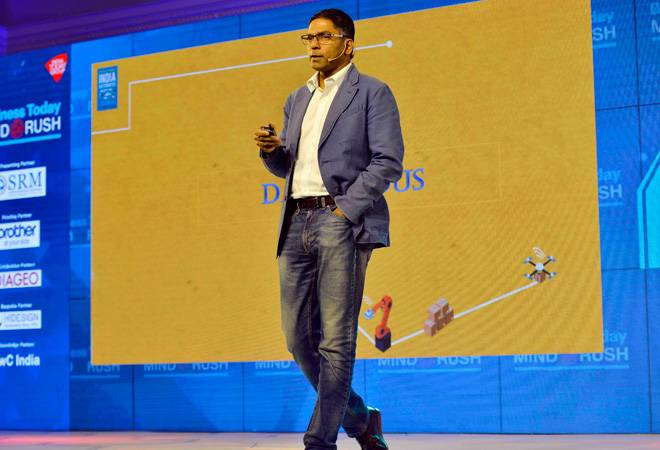 "Your lives are in danger." The warning marked the start of the session, "Rethinking the Future," by Pranjal Sharma, economic analyst and writer who focuses on technology, globalisation and media. He was referring to the fact that automation - from drones to artificial intelligence (AI) to blockchain - will impact our jobs and lives in ways we still find it difficult to imagine.

And in a country where one million new people enter the job market every month, this can be a potential disaster. And we, he said, do not have a choice, as this is already happening. "Automation is happening but India does not know how to embrace it," said Sharma, the author of 'Automated: How the Fourth Industrial Revolution is Transforming India' and 'Kranti Nation: India and The Fourth Industrial Revolution.'

The centre of the automation revolution, he said, are jobs that come under the four Ds - Dirty (such as cleaning rivers), Dangerous (manual scavenging), Dull (tax filing) and Difficult (surgeries). The two moving parts of automation and the fourth industrial revolution are robots and process automation.

"The key effort is there in process automation," he said, giving examples such as the postal department's mail processing centre and use of face recognition by a central government ministry to trace missing children. While all this will put jobs at stake, enterprises, too, cannot avoid updating themselves.

For example, scanning of X-rays using AI has become common these days. This can ensure easy access to diagnostic tools and better diagnosis but put jobs at risk too. Sharma also gave the example of predictive maintenance where sensors inside machine parts tell the company when a replacement is due.

This is already very common in some industries, especially windmills, where fault in a small unit such as the battery can bring down the entire system, Sharma said. Is there a way out, for businesses as well as enterprises? Yes. But that requires a complete change of mindset. One cannot, Sharma said, live off a degree for life. Learning, unlearning and re-learning have to be a way of life.

Just like a mobile software is updated every few months, we - individuals as well as enterprises - need to keep updating themselves. "What you learnt in the past will not be relevant for the next five years," he said. "There are no short cuts. One has to change," he added.