MindRush 2019: Entrepreneurship is all about dreams, challenges

Sandeep Aggarwal of Droom, Neha Kant of Clovia and Sujeet Kumar of Udaan at Business Today's 6th edition of MindRush to discuss their experiences and shared some valuable insights which would help aspiring entrepreneurs. 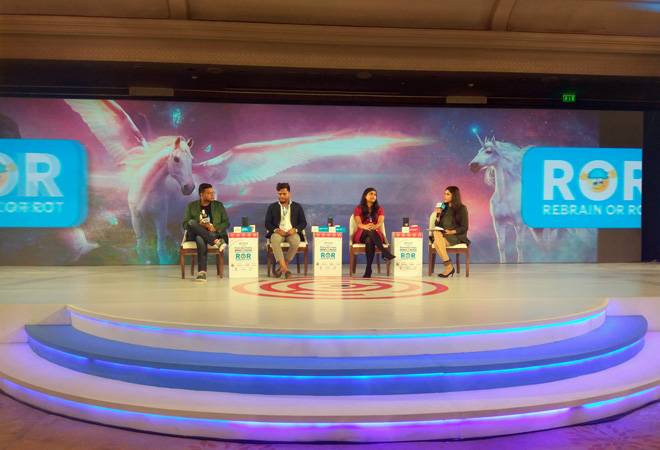 Sandeep Aggarwal of Droom (a marketplace for new and used cars), Neha Kant of Clovia (a lingerie brand) and Sujeet Kumar of Udaan (a B2B marketplace) have had very different journeys, and they have overcome different hurdles on their way. But there is one common factor - they have all gone on to build successful start-ups. What's more, both Aggarwal and Kumar have managed to build two successful start-ups. Before launching Droom, Aggarwal was the co-founder of the managed marketplace ShopClues while Kumar, an IIT-Delhi alumnus, was part of the Flipkart founding team. The trio came together at Business Today's 6th edition of MindRush, the annual flagship business event of the India Today Group themed around Rebrain or Rot, to discuss their experiences and shared some valuable insights which would help aspiring entrepreneurs. Here are some significant takeaways from the panel discussion.

You need to dream, says Aggarwal of Droom

"No one can be an entrepreneur without dreaming," Aggarwal told his audience as he recalled his journey - from studying in the US to working on Wall Street to donning an entrepreneurial hat. "I acted as an entrepreneur 14-15 years before I could become one," he laughed. His success in professional life turned out to be a challenge as people thought he would never dare to take the plunge. But a piece of advice changed all that. "There was one person who told me the best time to start is when you don't have to ask yourself if you are ready. If you are looking for the perfect time (enough capital, a good team and so on), it will never come," Aggarwal shared. According to him, entrepreneurship is a test of conviction. Venture capitalists will always find a reason to accept or reject one's funding proposal. But having faith in yourself and the idea is essential to keep going.

I gave up my financial freedom to start up, says Kant of Clovia

Kant who grew up in Haridwar and never dreamt that she would become an entrepreneur. For her, the biggest dream at the time was to break free of the small town and gain financial independence. She was in a regular job for seven years, and when she decided to start up, the biggest challenge was to give up her financial independence. Later on, challenges piled up when she had to procure raw materials and look for suitable manufacturers. However, some manufacturers worked in sync with her vision and helped her scale up and also grew their business in the process. As a result, Kant believes that you must have an ecosystem of entrepreneurs around you as they help you on your journey.

Udaan has become a unicorn (a start-up with a billion-dollar valuation) in just 26 months, quite unusual for start-up, and Kumar's journey has been no less intriguing. Growing up in a small town in Bihar, all he wanted was to get admission to a good engineering college and then pass the UPSC exam to become a bureaucrat. But after getting his degree from IIT-Delhi, he realised that he was chasing his family's dream and not his own. He decided to take the entrepreneurial route and joined Flipkart back in 2009. When he left the company and decided to start Udaan with other co-founders (all of them are former Flipkart employees), they did have any problem with fundraising. Kumar said they were at the right place at the right time, and their association with Flipkart mattered as it was the most successful start-up in India. The Udaan team secured funding even before they started the venture. Having a team of co-founders in place where the team members knew each other also worked in their favour as a good team is essential for starting a company. According to Kumar, entrepreneurship means taking a lot of tough decisions every day and solving challenges, but you have to take it all in your stride.