New labour codes severely reduce workers' security by increasing key thresholds for applicability of most protections; contractual employment has been expanded to add to workers' precarity and social protections for unorganised workers are vague 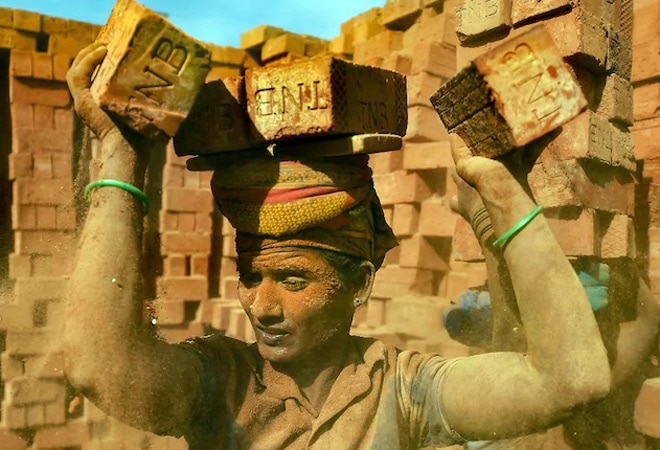 Seen in totality, the three new labour codes are heavily tilted in favour of businesses (employers)

On September 17, 2020, the International Labour Organisation (ILO) released a report, "Financing gaps in social protection", stating that developing economies (India is one) would need to invest "additional" $1.2 trillion or equivalent to 3.8% of their GDP to close the annual financing gap in 2020 due to the COVID-19 crisis.

This financial gap, it said, is the result of (i) healthcare services and "income security for workers who have lost their jobs because of lockdown and other measures" and (ii) reduction of GDP caused by the crisis.

Instead of providing better protections to its workforce fighting the pandemic induced health, job and income crises, India has reduced them further in three labour reforms - The Industrial Relations (IR) Code 2020, The Code on Social Security (SS) 2020 and The Occupational Safety, Health and Working Conditions (OSHWC) Code 2020.

OSHWC Code 2020 to protect less than 0.7% of factory workers

The OSHWC Code 2020 promises to protect and expand coverage of workers' health and safety both in organised and unorganised sector by amalgamating 13 central labour laws, but it does the unthinkable.

It changes the very definition of "factory".

How many workers would get excluded from this step alone? This census does not say how many workers work in manufacturing units (factories) employing up to 39 workers.

When it comes to establishments (a place where any industry, trade, business, manufacturing or any other occupation is carried out, and includes "factory"), the limit remains 10 or more workers and will protect only 1.7% of workers.

Though this threshold will not be applicable to an establishment where "hazardous or life-threatening activity is being carried out", what constitutes hazardous and life threatening is left for the central government to notify later.

The OSHWC Code 2020 also has Clause 127 with two provisions that represent a potential threat to anything good.

Clause 127 (1) says: "The appropriate Government may, by notification and subject to such conditions and restrictions, if any, and for such period or periods as may be specified in the notification, direct thatall or any of the provisions of this Code or the rulesor the regulations made thereundershall not apply to or in relation to any establishment or class of establishments."

Clause 127(2) says: "Without prejudice to the generality of sub-section (1), where the State Government is satisfied in the public interest that it is necessary to create more economic activities and employment opportunities, it may, by notification, exempt, subject to such conditions as it may think fit,any new factory or class or description of new factories from all or any of the provisions of this code...".

Taken together, Clause 127 says the government can exclude protections to workers in any establishment or factory.

Several years in the making, the code does not even provide minimum health and safety standards.

Protection from hire-and-fire reduced to 10% of working factories

The IR Code 2020 expands the scope of hire-and-fire power of employers.

"Standing Orders" are a mandatory provision under the Industrial Employment (Standing Orders) Act of 1944, which requires employers to "define with sufficient precision the conditions of employment" (nature of employment like permanent, temporary or probationers; wages and hours of work; termination of employment and notice thereof, means of grievance redressal mechanism etc.) and "make the said conditions known to workmen".

The "Standing Orders" become critical to stop arbitrariness in hiring and firing workers because written contracts are not a legal requirement (except for fixed term employment incorporated in this code). The last Periodic Labour Force Survey (PLFS) of 2018-19 says that69.5% of regular wage/salaried employeesin the non-farm sector "hadno written job contract". Not to talk of other workers.

Increasing the threshold for "Standing Orders" would leave a greater number of workers vulnerable to exploitation. Labour economist Prof. KR Shyam Sundar of the Xaviar School of Management, Jamshedpur, uses the Annual Survey of Industries 2017-18 data to show that around 90% of working factories and 44% of their workers will be left completely outside the purviewof new "Standing Orders".

Further, Clause 77 of the code increases the threshold for lay-off and retrenchment from 100 or more workers to 300 or more workers in industrial establishments for which no prior government approval would be needed. This would further expand the scope for hire-and-fire to more industries.

The compensation to workers, however, remains the same: 15 days of average pay for every completed year of continuous service (Clause 70). Clause 83 adds a "re-skilling fund" to which the employer will pay equivalent to 15 days' wages of a retrenched employee, which will then be passed on to the retrenched worker within 45 days.

Ironically, the fund is meant for "training of retrenched workers" without any training scheme or plan in place or even source of money for it, since the employer's contribution will be paid to the retrenched worker. The only other source of money for this fund will be "the contribution from such other sources asmay be prescribedby the appropriate Government" in Clause 83(2b).

Big push for contractual work to raise precarity of workers

The new labour codes expand the scope of contractual work.

First, Clause 45 of the OSHWC Code 2020 (Special Provision for Contract Labour and Inter-State Migrant Workers Etc.) increases the threshold for health and safety protections to establishment having 50 or more contract workers- from 20 or more provided in the Contract Labour (Regulation and Abolition) Act of 1970 - leaving a larger number of workers vulnerable in the process.

Though a contract worker is prohibited in "core activity" (defined as "any activity for which the establishment is set up and includes any activity which is essential or necessary to such activity...") in this code, it excludes works of "perennial nature" such as sanitation works, watch and ward services prohibited under the Contract Labour (Regulation and Abolition) Act of 1970 (Section 10).

Second, Clause 57 provides enough flexibility to hire contract workers for "core activity" under different circumstances and its sub-clause 2 says the government retains the power to determine if "any activity of an establishment is a core activity or otherwise". Clause 47(2) allows "work-specific licence" to contractors to supply contract workers even when a contractor "does not fulfil the requisite qualifications or criteria".

Third, the SS Code 2020 expands the number of contract workers by providing for "fixed-term employment", defined as "the engagement of an employee on the basis of a written contract of employment for a fixed period".

No contractor is needed to hire a "fixed-term" worker. The employer can do it directly. Such workers will get the benefits available to permanent workers but their work will be limited to the contract period and non-permanent in nature. Social security and other benefits will, thus, be restricted to their (written) contract period, which typically runs for 11 months in auto industries, for example.

What happens thereafter to workers' job or social security linked to it?

Fourth, the IR Code 2020 removes the distinction between "contractor" supplying contract workers and "employer" by including the former in the definition of the latter. And then, it does not even define "contractor". This is a license to "employer" to act as a "contractor" and hire workers on contract.

The other two codes also define "employer" to include "contractor". Labour experts say this will absolve "employer" from any violation of the labour codes, particularly relating to contract workers, except in the case of welfare facilities under the OSHWC Code 2020 which specifically mentions that "principal employer" will be liable for violations.

It is no secret that contractual employment increases the precarity of workers because it is not permanent and restricted to the period of contract after which they lose jobs automatically, if not renewed. They don't need to be given any advance notice, compensation or even be told the reason for non-renewal of their contracts. Good performance is no guarantee of renewal of contract.

Prof. Sundar writes that even though an under-estimate, the share of contract labour in the organised factory sector increased from 13% in 1993-94 to 36% in 2016-17, as per the Annual Survey of Industries. No economy-wide contract labour data is available, even though it is widely prevalent across sectors, including in the government sector.

Dr. Ravi Srivastava, director of the Centre for Employment Studies, Institute for Human Development, says: "The pandemic has exposed and highlighted the precarity of Indian workforce and its implications not only for workers but the entire economy in terms of holding up demand. Instead of aligning the labour codes to reduce precarity and increase formalisation of workforce, the Indian government has chosen to do the reverse."

Dr. Srivastava avers that contract work has an adverse impact on long-term productivity and skill development in non-core areas for an employer.

Even though unorganised sector workers, like migrants, gig workers, self-employed, home-based and platform workers etc. find a place in the Code for Social Security 2020, the actual security cover remains vague, not universal in nature or a worker's right.

For example, all of the existing thresholds - in terms of workers in an establishment and their monthly incomes - for applicability of PF, ESI, gratuity and maternity benefits etc., remain intact, thereby severely limiting benefits, rather than expanding. Even for inter-state migrant workers (ISMWs), protections under the OSHWC Code 2020 are restricted to establishments employing 10 or more workers.

Given the fact that the labour codes have been introduced during the pandemic induced financial crisis when millions of workers have lost their jobs and income, there is no provision of "unemployment allowance".

For unorganised workers, the code (Clause 109) says the central and state governments "shall formulate and notify" welfare schemes for them. There is no concrete plan yet, no timeline or definitive funding architecture yet. Such provisions did exist in laws that are being amalgamated and replaced.

Seen in totality, the three new labour codes are heavily tilted in favour of businesses (employers), rather than workers, as it is being sold to them by the central government.