The data and information substantiate that rural India doesn't have the capacity to support the huge reverse migrated population and they have no way but to return to their respective workplaces, the urban centres, for whatever menial job opportunities they get 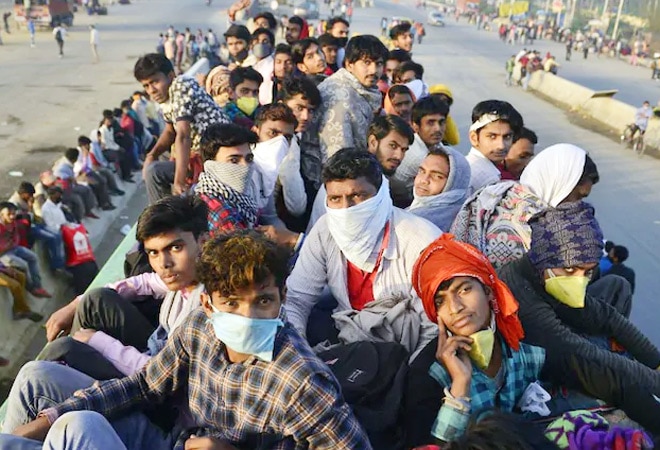 Despite the majority of population living in rural India, the economy of India has seen a substantial shift from agrarian to service, which probably has left the rural economy in lurch

Union Minister Dharmendra Pradhan recently wrote to Railway Minister Piyush Goyal requesting the resumption of Shramik Special trains from Odisha to send migrant workers back to their workplaces in states like Gujarat, Karnataka and Maharashtra.

It gives visibility of the rural capacity for the excess. Interestingly, what had been thought and the migrants told media that they will never return but the reality seems different on the ground. According to some sources, 30-40 per cent of reverse migrants are returning to their workplaces, such as Maharashtra and Gujarat.

There is no concrete dataset on reverse migration in India, however, until June 2020, the number seems to range between 22-30 million, mostly rural headway.

According to a report submitted to the health ministry, an estimated 20-25 million migrants began making their way to villages on trains, buses and on foot. COVID-19 has brought significant clarity in the pattern of migration and job opportunity structure.

The insurgence of COVID 19 has plunged India into an unprecedented situation, where on one side the situation of health is sinking and on the other, the economy is grappling.

The GDP (gross domestic product) contracted by record 23.9% in Q1 of FY21, against 3.1% growth in the previous quarter. Tiding with strategies is being scaled down by a wave of crises.

Although the COVID-19 pandemic emerged as an international crisis, it is letting us retrospect the development of India, which is predominantly urban centric.

The Harris and Todaro model (an economic model), developed in 1970, cautions that creating job opportunities in urban areas can lead to an increase in unemployment by attracting more migrants than the new jobs.

The total number of migrants who moved from rural to urban areas stood at 52 million out of a total population of 1.02 billion.

This shows the real picture of rural to urban migration.

The other area of understanding is the nature of jobs of the migrants, it's very much aligned with the national count, which is 93% of the workforce is in unorganised sector. So, job security is in an abysmal state.

Thus, despite the tall claims, it is true that there is less or no appetite for extras in the rural market. Let's have a look at the jobs and other opportunities available in rural India. Apart from other forms of unemployment, India has significant disguised unemployment.The inference can be drawn from the unemployment data mentioned below. 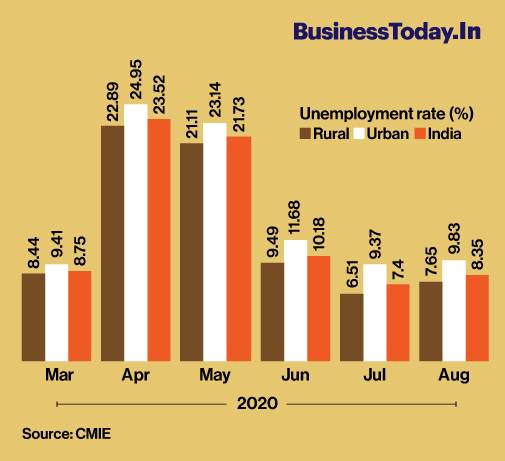 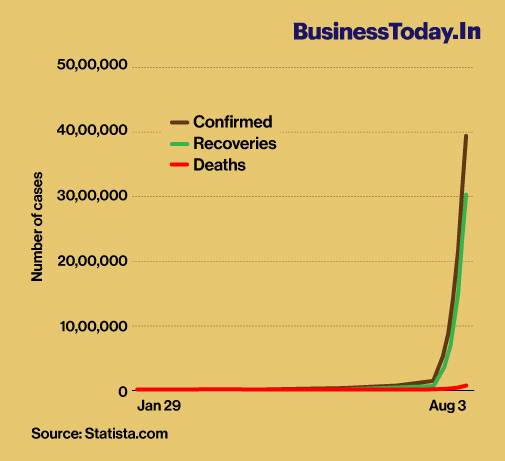 Centre for Monitoring Indian Economy (CMIE) data showed that unemployment spiked to its highest level in April and May 2020.

As per the report of Statista.com, the escalation in the number of COVID-19 cases May onwards, which was very urban in nature, and subsequent closure of the economy reflected in high unemployment numbers in April and May.

But despite an almost running economy, rural unemployment is also significantly higher. As it seems, it has a high probability of being relatively linked with disguised unemployment.

The rural market, with its angst over COVID-19 contraction, tried to operate in the highest possible way with conservative expenditure.

Predicament, in most cases, is inversely proportionate with expenditure on food and labour, in this case labour.

It states that the rural economy can probably run without 20 per cent of human resources, possibly the percentage will add on another 5 per cent or so.

Also Read: No data available on migrant deaths during lockdown, so no compensation: Centre tells Parliament

The data substantiates that the agricultural economy has gradually turned into a service sector economy, whereas, as per the World Bank's estimate, around 66 per cent of India's population was living in rural areas in 2019 where 70 per cent of its rural households still depend primarily on agriculture for their livelihood.

So, the producers have turned into consumers. As per the Gaon Connection survey, loan schemes don't reach almost 60 per cent of people in rural areas and the next generation of 48 per cent farming families does not want to pursue agriculture.

There is a significant gap in warehousing, farmers getting proper prices and distribution and selling mechanisms.

Apparently, India loses around 10% of total food grains and 16% of total vegetables due to unavailability of appropriate warehousing; there are additional wastages for other reasons.

These statistics probably pronounce the unavailability of supportive mechanisms for rural population to contribute to the economy.

In 2018-19, the total agriculture spend by the NDA government was Rs 57,600 crore, which is a three-fold increase from what the UPA government spent on the sector.

The budgetary allocation may be interesting to know, but its inadequate reach exposes reality. As per the Gaon connection data, only 20 per cent respondents said they got work under MGNREGA during the lockdown.

Hence, despite the majority of population living in rural India, the economy of India has seen a substantial shift from agrarian to service, which probably has left the rural economy in lurch.

Though spending in agriculture has increased, poverty in rural areas is also increasing. The pertinent information of development interventions is not percolating, also the ongoing schemes may not be adequately devised to support the bottom of the pyramid of the rural population, especially during crisis.

The data and information substantiate that rural India doesn't have the capacity to support the huge reverse migrated population and they have no way but to return to their respective workplaces, the urban centres, for whatever menial job opportunities they get. Let us not be delusional, we need to accept reality and work on issues by scaling the whims and fancies or political mileage.

(The author is Associate Director of Sa-Dhan. All views are personal.)