Liberal education institutions should aim to create pragmatic socio-technocrats who creatively marry their knowledge of local realities and innovative technology to solve the problems of the poorest of the poor. 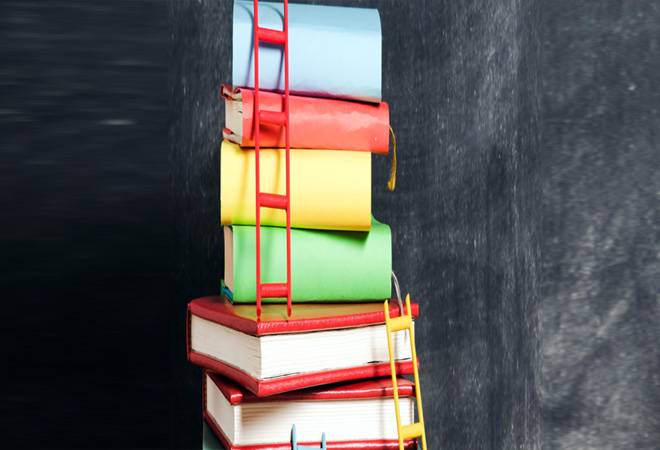 Liberal education with its emphasis on multidisciplinary learning, choice of a wide range of subjects and emphasis on extra-curricular activities is evoking greater interest among new generation of Indians willing to explore beyond job-centric professional education. But, what should liberal education, a fundamentally American idea of broad-based and integrated education, achieve in India?

Should Indian liberal education institutes create thinkers and philosophers such as Aristotle and Plato, following a purist model of liberal education or should their aim be to create a more pragmatic corps of people who can think holistically and come out with pragmatic solutions to improve the lives of the poor, disabled and marginalised?

Liberal education's proponents in India often cite the historic universities of Nalanda and Takshashila as models of a uniquely Indian liberal education encouraging mastery of the 64 'kalas' In fact, the draft National Education Policy (NEP) reiterates an astonishing 512 kalas mentioned in the 13th century Jayamangala by Yashodara, a prime example of broad-based, holistic education.

While the example is certainly relevant, it fails to grapple with the main criticism that liberal education's previous avatar in India - Arts and humanities - has faced over the decades resulting in its marginalisation. Arts and humanities were long thought of by the country's aspirational middle class as an impractical education model that did not endow students with tangible skills as compared to more professional streams such as engineering and medicine that led to lucrative jobs. In recent times, liberal education boosters have countered that the jobs of the 21th century will require a capacity to think critically, read discerningly, speak lucidly, write persuasively and be conscious of the impact of one's actions on society and the environment. Such attributes, they reckon, liberal education can provide.

The tectonic shifts underway in the global and Indian job markets can be garnered from a 2017 Dell Technologies report, predicting that 85 per cent of the jobs of 2030 have not been invented yet. In this context, it is crucial that liberal education, as proposed by the NEP, not just prepares students to acquire knowledge but also endows them with the skills to gather new knowledge in a continual manner.

The recently released draft of National Education Policy has come up with a path-breaking vision for moving beyond the 'professional versus liberal education' binary with astute recommendations on de-compartmentalising Indian education. Thus, while technical institutions will integrate their curriculum with arts and humanities, students in the latter will study more science and vocational subjects.

But is there a culture-specific, and context-based ethos that liberal education should be imbued with in India? An ethos that marries liberal education's ability to encourage meaningful life choices based on a greater sense of purpose with a pragmatic attitude and socio-technical skills required to address India's massive developmental challenges?

The answer to this question and the necessary modifications in the traditional model are important if liberal education in India is not to become restricted to serving only as an entry-ramp into Indian government via the IAS route or a feeder to doctoral programs in the West. Among the increasingly dense network of liberal education institutions emerging in Asia, what should an Indian model bring to the table?

The answer can be found in the NEP's own recommendation that liberal education should be geared towards seva (service), broadly construed as service to the community, nation and the world. The current definition of seva focuses on social work of the kind found among NGO activists and by charities. While admirable, this interpretation does not reckon with the system-building challenges required to solve key developmental problems, which require a coming together of academic insights, entrepreneurial dynamism, familiarity with technology and governance solutions. Liberal education in India should aim to produce socio-technocrats who indulge in pragmatic seva, a socio-techno-political work that amalgamates academic knowledge, practical technologies, funding arrangements and governance solutions. Action-oriented research should comprise the core expertise of such socio-technocrats.

A particularly poignant example in this regard is the innovative use of technology by Ajantha Techno Solutions, a Bangalore-based start-up in partnership with the Telangana Safai Karmachari Enterprises to help clean Hyderabad's drains. This unique example of 'Gandhian' engineering involving a partnership between the private sector and the NGO world came about in the aftermath of several deaths of manual scavengers trying to manually clean the city's drains by entering manholes. Further, the aforementioned technological solution also has a pronounced women's empowerment component, as the safai karamcharis who operate the machines are widows of men who were manual scavengers.

Liberal education institutions should aim to create such pragmatic socio-technocrats who creatively marry their knowledge of local realities with practical sensemaking frameworks and innovative technology to solve the problems of the poorest of the poor.

Even as liberal education endows 'liberal arts and humanities' students with the basic technical skills to create tangible change for the greater social good, liberal education modules can also help students in professional fields such as engineering to acquire a deeper appreciation of historical and sociological knowledge of caste discrimination and otherisation. Such sensitisation can create more socially conscious engineers, better aware of the social implications of their technical actions.

(The authors are faculty of Public Policy at the FLAME University. Views expressed are personal)