Civil society organisations, networks and support organisations in the non-profit sector have much to gain from making allies of professional advisors in fundraising for philanthropic causes 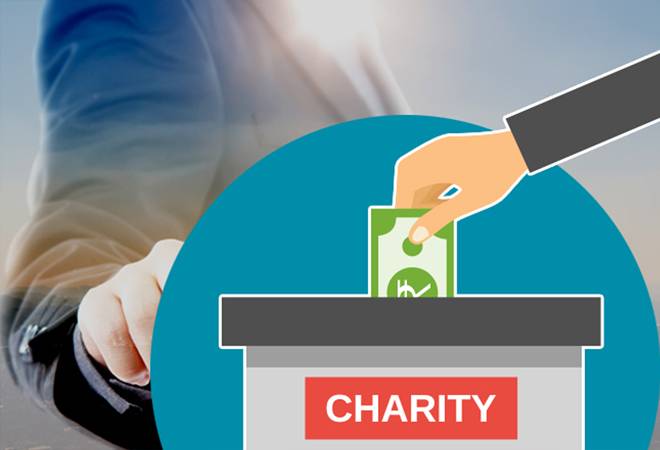 According to the Hurun India Rich List, 2019 there were 953 individuals with a net worth of Rs 1,000 crore or more

If we ignore the current economic slowdown, the intergenerational transfer of wealth is expected to be unprecedented all over the world, India not excepted. In the USA it is estimated that it will touch $40-$130 trillion dollars over the next 50 years. Though we have no such firm statistics in India we do know that the number of wealthy in urban India have multiplied manifold and will continue to grow.

According to the Hurun India Rich List, 2019  there were 953 individuals with a net worth of Rs 1,000 crore or more. Twenty-five of these richest Indians hold wealth which is equivalent to a tenth of the country's gross domestic product (GDP). Fifty-three per cent of the total wealth on the list is inherited and most likely will be passed on to family members. At the other end, we have 60% of Indians who own only 4.8 % of the national wealth, and many of whom do not have the basic fundamentals of a decent life.

So the question is how can these wealthy individuals be motivated to share their resources in ways that make a difference to the lives of the less fortunate, and lead to progress in society, rather than merely passing them on to the next generation.

The good news is that in spite of a lot of senseless consumerism around, the number of individuals, families and companies yearning to find meaning in their lives by doing some good to society is growing. Many of the rich, and especially the newly rich,  want to be 'good' and feel that it is now payback time. They also want to be recognised in society for something other than their wealth and are looking to philanthropy to make a name for themselves and their family, to leave a legacy,  or to make a difference to society with the wealth they have accumulated.

But the number of requests received from non-profit organisations and the complexity of large social issues overwhelm them and often turn them off from charitable giving.

Donors are not sure whether their gifts are going to the right cause, whether their gifts "make a difference" as the donors do not know how to measure and evaluate the effectiveness of their gifts. Almost all donors are concerned about how much to leave to younger generations without spoiling them and wonder if philanthropy is a way to keep and bind the family together.

This is where professional advisors can play a valuable role. They can advance philanthropy by seeing that at least some of this new wealth and wealth transfer finds its way into charitable causes and organisations.

Who are "professional advisors"? The term includes lawyers, financial advisors, wealth managers, stockbrokers, private bankers, investment planners, tax consultants, chartered accountants, insurance professionals, and management consultants. In India, the term can also include religious gurus who wield a great deal of influence over their disciples, many of whom are well to do individuals. In sum anyone in whom a wealthy client reposes confidence and from whom he/she seeks professional advice about wealth planning.

Several private bankers like BMO Harris Private Banking of Canada, TD Waterhouse, IIFLW and others have begun to offer their clients' information on the state of philanthropy in the community, and advise them on how to plan their wealth allocation to include charity.

Why should NGOs and others seeking to mobilise private philanthropic resources, involve such professionals in their causes? Because professional advisors have access and opportunity to influence the way their clients think about and allocate their wealth. The estate planner working on a will, the financial advisor sorting through investment strategies, and the family business advisor helping a family prepare for succession, have compelling reasons to raise the subject of philanthropy with their clients.

Both formally, and informally ( while playing golf with the client?)they can educate and advise donors, prospective donors, and volunteers and  turn their clients into donors; and, themselves become engaged in the charitable project, and bring valuable professional advice to the table.

There are several examples of the way professional advisors in the USA have influenced their clients to make philanthropic donations. For instance, the head of a family office  convinced older family members to encourage the next generation to create common philanthropy in order to use expanded giving as a way to strengthen a shared purpose among a geographically diverse group of cousins; in another case a long-standing family attorney, in estate planning discussions, guided the patriarch through the value of establishing a foundation that would challenge his children to "give back" to communities where the wealth had initially been generated.

An attorney, in his first estate planning interview with a new client, asked the elderly man if he had any unfinished business in the community where his company had been located. The discussion eventually led to the creation of a multi-million dollar private foundation.

In India, we have the celebrated example of R S Lodha, who as financial advisor to the M.P. Birla Group advised them on their philanthropic ventures.

Though in America, more and more advisors appear to be asking "the philanthropic question" - discussing their clients' interests in philanthropy during the course of the wealth planning process, even there,  there are several shortcomings to the way the question is approached.

It appears that few advisors routinely ask their clients about philanthropic interests; a majority only discuss philanthropy if the client raises the issue first, and often  discussions regarding philanthropy focus largely on the tax consequences of giving rather than on the client's values.

In fact, while many advisors are aware of their clients' interest in comprehensive counsel about the philanthropic process, and are genuinely eager to help, they are afraid to ask the hard questions. Some move too quickly to discussions of giving mechanisms, before fully engaging their clients around values and motivations. And finally, many would do more if they knew how.

A large majority of advisors would probably like to become better informed about how to make charitable giving conversations more effective and would like access to more and better tools to help counsel clients about philanthropic options.

Because of the mandatory nature of CSR giving, a large number of consultancies have sprung up who act as intermediaries between CSOs and companies. But in the individual and family philanthropy space, there is a vacuum.

It is time professional advisors became more knowledgeable about philanthropic planning, taking a more "holistic" approach to their giving, rather than focusing only on tax deductions and specific giving mechanisms.

In fact many individuals or families inclined to be philanthropic need stimulation and/or cultivation of their philanthropic interests; opportunities to explore, develop, and/or refine a sense of mission that will motivate their giving and  opportunities to create effective and/or innovative gifts and giving programs.

Civil society organisations, networks and support organisations in the non-profit sector have much to gain from making allies of professional advisors in fundraising for philanthropic causes.

(Pushpa Sundar is the author of Giving With A Thousand Hands: The Changing Face of Indian Philanthropy)

Why LIC disinvestment is a big, bold decision of Modi govt