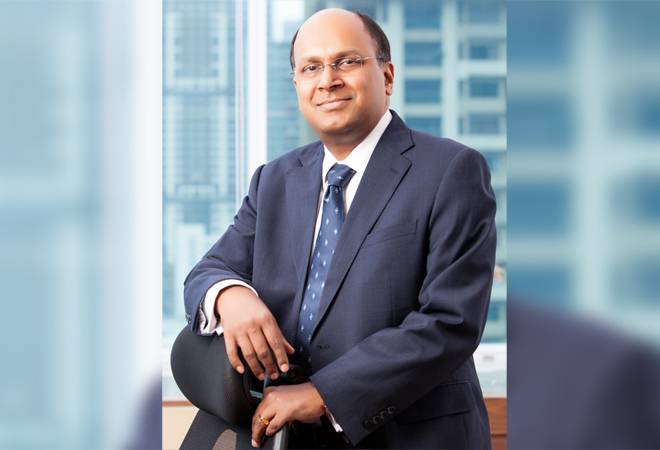 Only 15 stocks, representing 51 per cent weight of BSE 500 index, delivered 22 per cent returns over the last one year, whereas the remaining 485 stocks representing 49 per cent of index weight returned only 1 per cent, says G Pradeepkumar, Chief Executive Officer, Union Asset Management Company Private Limited. In an interview with Naveen Kumar of Money Today, he shared his views on recent developments in the mutual fund industry and its impact on retail investors. Edited excerpts:

Money Today: Why is there a big divergence between the performance of the stock market and the economy?

G Pradeepkumar: The stock market performance over the last one year has not been as impressive as the index numbers suggest. Our internal analysis done in October 2019 revealed that the current stock market performance is not broad-based and is limited to only a handful of stocks. For instance, on a one-year basis, 15 stocks, representing 51 per cent weight of BSE 500 index have delivered 22 per cent returns, whereas the remaining 485 stocks representing 49 per cent of index weight ended up with only 1 per cent return. One of the reasons for the narrow rally could be the significant amount of foreign as well as domestic money from large cap funds chasing a few stocks.

The recent rally in the market is primarily driven by select large-cap stocks. Can we expect a broader market rally? How soon that may happen?

Pradeepkumar: Recent measures such as the cut in corporate tax, lower rate of taxes for manufacturing companies incorporated after October 1, 2019 bode well for the corporate profitability. Benefits of these measures would be felt across the economy. A good monsoon is also expected to help boost the rural economy to a large extent. This, in turn, could translate into increased demand for consumer goods. It is our belief that higher consumption can lead to increased demand, better capacity utilisation, higher employment and increased investments. As the economy picks momentum, corporate performance and in turn, the fair value of companies will also grow. This will, naturally, lead to growth in stock prices. This is a process that does not happen overnight and may take some time.

With SIP inflows sustaining during a period of high volatility, how do you see the role of retail investors in the Indian equity market?

Pradeepkumar: In the past three years between October 2016 and October 2019, the monthly SIP contribution has risen by about 240 per cent. Over the past one-year, net flows into equities rose to Rs 84,212 crore, while SIP inflows for the same period stood at Rs 97,828 crore. Had it not been for the SIP flows, we would have had negative net flows of Rs 13,616 crore. In a way, SIP flows have lent support to the market during this period. More and more retail money coming to mutual funds would enable more active institutional play in the markets. This will lead to more stability, which can attract more retail flows. This becomes a virtuous cycle. In short, we expect domestic retail investors to play an increasingly important role in the equity market through mutual funds.

What will happen to the investments of many investors whose money is trapped in debt of defaulting companies?

Pradeepkumar: A lot of investors think that equity is risky while debt is safe. However, events over the last few months have been a wake-up call. Having said that, there is no reason to panic. The provisions introduced by the Sebi for side-pocketing are very important in protecting the interest of investors. This allows investors to benefit from any possible recovery in the case of investments that have been marked down. To this extent, the interest of such affected investors remain protected. We also believe that as economic growth revives, the corporate health would also improve and the concerns about the debt market would ease considerably.

For investors, we would strongly recommend that as far as fixed income is concerned, they must diversify aggressively and invest across multiple fund houses so that their exposure to individual security is minimal.

What lessons has the mutual fund industry learned from the recent NBFC crisis?

Pradeepkumar: All stakeholders need to be cognizant of the risks of investing in fixed income funds. When you launch/promote a fixed income fund with the higher risk profile, communicating all risks candidly is important so that only investors who understand those risks and are willing to live with it invest in these funds. At the retail level, there is a tendency to chase higher returns, especially in an environment where deposit rates have been coming down. Investors and distributors need to realise that especially in the case of fixed income funds, more often than not, higher returns are generated by taking higher risks.

Pradeepkumar: Digital reach is playing a very important role. India has the highest number of young population with around 66 per cent of the population in the age bracket of 20-39. The figure stands at 61 per cent for the world. This category of the population has high exposure to electronic devices and media. The Internet has become more accessible and there has been a proliferation of online investment platforms.

However, they must also exercise caution while investing. There are numerous alternatives and execution has become easier. It is important that very careful analysis is done before investing. The best thing for a retail investor would be to take advice of a competent advisor. The electronic means will make the execution a lot easier and will offer greater reach.