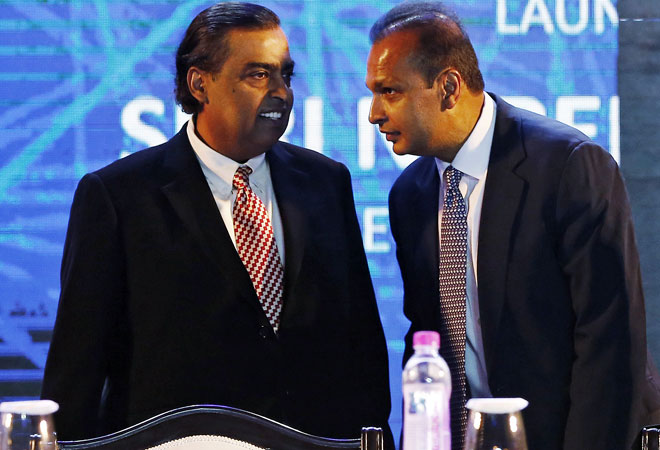 This December, the Indian telecom scene will undergo a sea change with Reliance Jio's much-awaited 4G launch. RJio has been gobbling up spectrum for the 4G services since 2010. In fact, even after over five years of acquiring the first tranche of spectrum - 20 MHz each in 22 circles - the company is sitting on it without making a single penny. (The total tenure of licence is 20 years).

The reason it could not launch 4G services yet are manifold. Firstly, the spectrum - 2300-MHz band - it acquired in 2010 was not ideal for 4G. Bands like 700 MHz (not available at the moment in India), 800 MHz and 1800 MHz are better options as compared to 2300 MHz. To put it simply, a 4G network built purely on the 2300-MHz band requires many more towers than a network built on the 800-MHz band. The lower the band, the less tower installations it requires. Hence, 2300 MHz would require higher amount of investments, and still struggle with giving good user experience. So, the initial testing with this band of spectrum turned out to be a disappointment for RJio.

It took RJio some time to realise this problem before it started acquiring spectrum in other bands - 800 MHz and 1800 MHz - in subsequent telecom auctions. For instance, the company today has licences for 800 MHz in 10 circles, and 1800 MHz in 14 circles.

In a major leg up for the sector, the telecom ministry recently allowed trading and sharing of spectrum by telecom operators. While the final regulations are yet to arrive, the announcement has opened up a slew of opportunities for operators to use each others' network to improve their quality of services. For RJio, it has some positive effects too.

Between the brothers, who's going to benefit more? The elder brother has a lot more at stake. RJio has outlined an investment of Rs 1 lakh crore. It will start operations in 29 states with direct physical presence in nearly 18,000 cities and towns, and wireless footprint in over 100,000 villages.

Until recently, RJio was the unique case that will offer only 4G services - with no fall back network. However, the tie-up with Reliance Communications means the company can allow its customers to fall back on the existing 2G and 3G networks of RCom in areas where RJio's 4G network is not available. It's a big plus because RJio's main competitor Airtel has been bragging about its fallback network. A fallback network is essential to offer seamless service to customers.

On the other hand, the younger brother will gain from RJio's existing infrastructure (towers and spectrum) when it rolls out 4G services. After the March auctions, RCom acquired new and top-up 800/850 MHz spectrum in 11 circles for some Rs 2,150 crore to achieve contiguous 5 MHz spectrum holding nationwide.

Given that RJio is betting all its money on 4G - while for RCom, 4G will be one of its many offerings - the partnership with RCom will help RJio plug some major gaps in its existing infrastructure.

Three reasons for India's jump in the Global Competitiveness Index