The airline has delayed its first quarter results announcement after its audit committee didn't recommend it to the board. Hours before the deferment, the chairman of the audit committee - Srinivasan Vishvanathan - had reportedly resigned from his job. 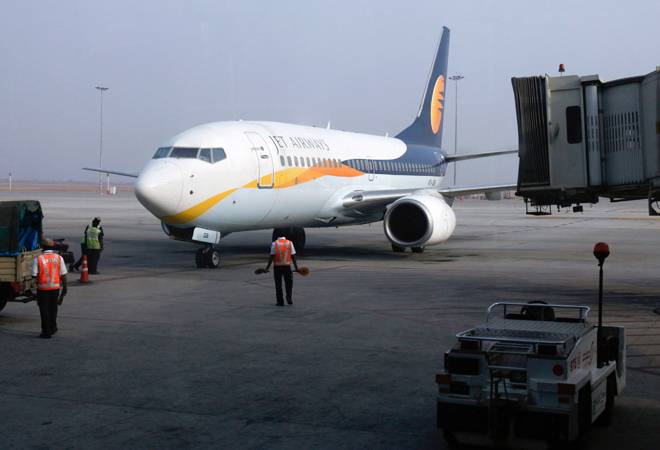 The second-largest domestic carrier Jet Airways has spooked the investors and the aviation sector in general. The airline has delayed its first quarter results announcement, which was slated for release on August 9, after its audit committee didn't recommend it to the board due to "closure of certain matters". Hours before the deferment, the chairman of the audit committee - Srinivasan Vishvanathan - had reportedly resigned from his job raising doubts that everything is hunky-dory at the airline.

On August 9, Jet board had convened for 26th annual general meeting (AGM). It started off on a sombre note with Jet Airways' chairman Naresh Goyal feeling "guilty and embarrassed" due to shareholders losing money as the airline's stock price tanks on financial concerns. Goyal assured the shareholders of taking corrective steps to ameliorate perception of the airline through formation of a new executive committee comprising directors Nasim Zaidi and Ashok Chawla - both of whom were civil aviation secretaries.

By the time meeting was concluded, things took a dramatic turn as the airline announced, in a late night note to stock exchanges, postponing the release of its first quarter results. On August 10, Jet's stock price closed the day 8.39 per cent lower than the previous day. In an official statement, Jet has denied the reports of Vishvanathan's resignation saying that "he did not quit the audit committee... his term of office came to an end at the AGM... which he attended in person. He retired as a director and as chairman of the audit committee after serving his full term of office."

While Jet management has been trying hard to allay fears, it is unlikely to help much given that the airline sector has entered the rough weather conditions. According to some reports, the airlines don't have enough resources to operate for more than 60 days. It was reported that the airline has asked employees to take a pay cut of 5 to 25 per cent. Later, Jet said that it has been implementing several measures to reduce costs as well realize higher revenues... some of these areas include sales and distribution, payroll, maintenance, and fleet simplification.

Jet Airways is currently caught in the situation where its revenues are falling and costs are rising up leading to huge losses. In the last declared quarterly results (for January-to-March 2018), Jet had posted losses of Rs 1,036 crore. Input costs across the board - jet fuel, aircraft maintenance, forex, employees remunerations, and selling and distribution expenses - witnessed substantial jump in the quarter ending March 2018. The higher competition, particularly from the low-cost carriers, has resulted in downward pressure on the passenger fares.

In a May research report, brokerage firm ICICI Securities dropped its coverage of Jet Airways citing high uncertainty in the crude oil price movement. "Given Jet's operating cost is one of the highest, sustenance of margins would remain challenging... amid rising competition and costs. For Jet Airways, the cost of operating an airline remains one of the highest in the industry versus peers. Given the continuous rise in crude oil prices along with a weakening rupee, the operating environment would continue to remain challenging for the company," the report had said.

Not just rising costs, Jet is also competing in a market where LCCs are increasingly becoming favourites. To top it up, Jet's higher focus on business destinations (and lower focus on leisure markets) is hurting the growth due to higher demand from leisure destinations. Besides, the airline has been steadily losing market share in both domestic and international markets on the back of aggressive competition from LCCs and weak growth in the international markets. For instance, its domestic market share has slipped to 17 per cent from 26-27 per cent while international share has dipped from 40 per cent to 36 per cent. Jet's woes are not expected to go away until the market fundamental turns favourable.

Another auditor trouble in offing? Jet Airways clarifies on delay in Q1FY19 results

Is there a succession battle brewing at the HDFC Bank?