Why MSP for crops is a tricky issue for Modi government

All India Kisan Sangharsh Coordination Committee is, in fact, questioning the spirit of one of the major announcements of Narendra Modi government this year. 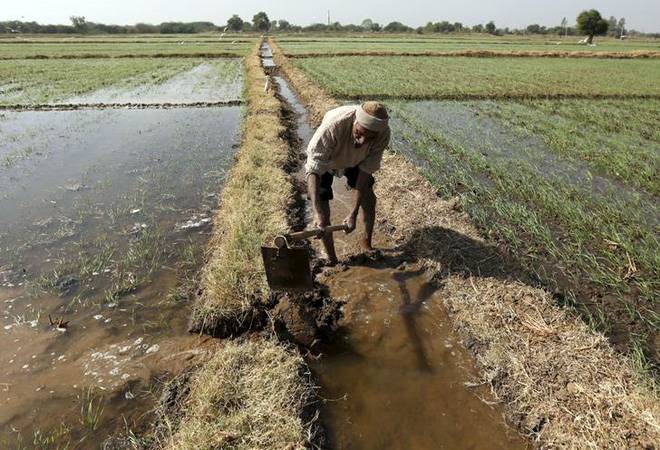 All India Kisan Sangharsh Coordination Committee (AIKSCC), a coalition of over 150 farmer organisations, is planning a mega protest march in Delhi on November 30. The 100,000 plus farmers, who are expected to join the agitation, will demand the enactment of a new law that makes the minimum support price (MSP) for crops fixed by the central government a legally binding entitlement.

AIKSCC is, in fact, questioning the spirit of one of the major announcements of Narendra Modi government this year. A few months ago, the Centre had increased the MSP for 22 crops to redeem "the promise of fixing the MSPs at a level of at least 150 percent of the cost of production". Are the promises of MSP (plus a state government fixed bonus in some cases) hollow enough to call for a legal backing?

Let us have a quick look at how prices of some of these commodities fared at the mandi level on an all India basis on October 24.

AIKSCC digs further. Analysing the same database, the protesters point out that the per quintal prices of Bajra in three mandis of Rajasthan (a state which is going to polls and hence politically significant) in the first two weeks of October was Rs 1316, Rs 1319 and Rs 1456, respectively. According to their calculation, the cumulative price farmers got was Rs 62.58 lakh less than they would have got if the produce was picked up at the government fixed rate of Rs 1950.  Applying the same parameters for Bajra in three major mandis of Haryana, AIKSCC calculates a cumulative loss of Rs 1.34 crore to the farmer. "We are not interested in any MSP announcement anymore. We have already seen nine announcements. We don't get that price," Avik Saha, an AIKSCC coordinator says.

The complaints about non-receipt of MSP price are not new. Even though the government has been announcing the prices of wheat, paddy, sugar cane, pulses, oil seeds etc for some time now, their procurement at MSP rates was mostly restricted to wheat and paddy. Thanks to the organised nature of sugar mills, sugarcane, though procured by private entities, also fetched the farmer the government fixed price. Pulses procurement is a recent phenomenon and it is primarily carried out by National Agricultural Cooperative Marketing Federation of India Ltd (NAFED) with the assistance of various state cooperatives and agencies.

What made the MSP announcement this year interesting was a special announcement made by the government regarding its implementation. The new umbrella policy Pradhan Mantri Annadata Aay Sanrakshan Abhiyan (PM-AASHA), approved by the government in September talked about three different ways of ensuring MSP to the farmers. While conventional government procurement was one, price support scheme was the second component, which in a broad sense attempts to pay the difference between the actual price farmer gets from the market and the MSP directly to the farmer. The third option in PM-AASHA is to incentivise the private players for procurement as and when the market prices of commodities go below the MSP.

Radha Mohan Singh, Union Agriculture Minister says that the government is already on its job. "Procurement has already started. It has begun from Karnataka. Almost nine states have intimated their preparedness (to begin procurement). Our MSP includes all paid costs such as the cost incurred on account of hired human labour, machine labour, rent paid on lease land, expenses needed for material inputs, like seeds and fertilisers, interest on working capital, electricity cost for working of pumps and even imputed value of family labour. With Rabi crops, all crops now have an MSP that is over 50 per cent of the actual production cost," the minister says.

Sanjeev Kumar Chadha, Managing Director, NAFED  agrees. He says that his agency is readying for one of the largest of its kind procurements now. "Last time we had procured almost 55 to 60 lakh tones of pulses and oil seeds worth some Rs 25,000 crore to Rs 30,000 crore. It's going to be the same this time," Chadha says. On an average, in some crops like Tur and moong, NAFED's procurement was around 15 - 20 percent of the total production of these commodities during the previous crop season. In the case of other pulses, it was in the range of 10 to 15 percent. NAFED hopes that the market surplus they will have to procure will be in the same range.

Renowned agriculture economist Ashok Gulati is not convinced. "It (procurement) has started just now, lets us see. Market price is still well below the MSP, so it's not working. What if the farmers approach the agencies with more produce? Can they stop it at 25 percent?," he asks.

Incidentally, AIKSCC is not the only farmers' group that has been protesting against the government's approach towards farmers. Bhartiya Kisan Union (BKU) a farmers association that draws its strength from the North Indian states of Uttar Pradesh, Uttarakhand, Haryana and Punjab had carried out a 10-day march to Delhi from Haridwar with a list of 15 demands in the last week of September. Dharmendra Malik, a BKU spokesperson, says that they are closely observing the government's next move. "We will build up the pressure in the coming days. It is an election year so farmers will decide where and whom to vote on the basis of the government's response to our demands," Malik says.

"They have been instigated by the unfulfilled promises of the government. The government has knowingly committed things that they knew they would not be able to fulfill. Now they are bearing the consequences of their own false promises," Ajay Vir Jakhar, Chairman, Bharat Krishak Samaj (BKS), yet another farmer's group, observes.

The turnout of farmers from across the country for the AIKSCC protest on November 30 will be an indication of the mood of Indian farmer as by then the Kharif procurement would have had well advanced, and the price that farmer actually fetches will be clear.

Saha says that a legal backing for MSP though is a must. "You and I are consumers. When we go to a shop and buy something, it has a price tag called the MRP. It is a legal protection. It is not somebody being nice. It is a law that you cannot transact above MRP, So when every citizen has that protection, why not farmers?," he asks.

Why weak banks under RBI's intensive care will continue to struggle