The balance of trade during April-September 2020 was significantly positive at Rs 9,002 crore as against the trade deficit of Rs 2,133 crore in the said period 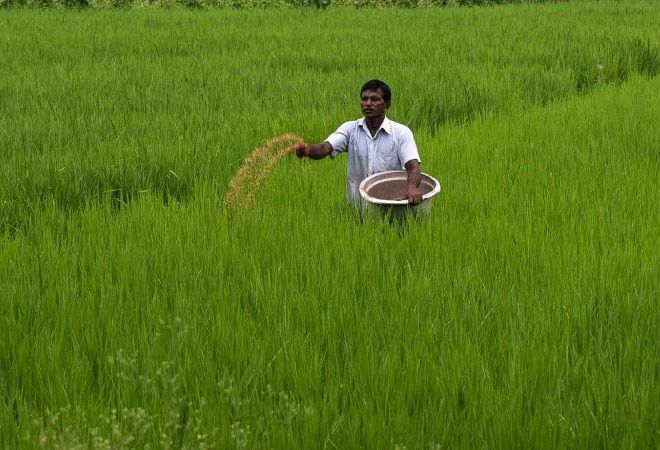 Exports of agri-commodities rose by 43.4 percent to Rs 53,626.6 crore in the first half of the current fiscal notwithstanding the ongoing COVID-19 crisis, the union agriculture ministry said on Saturday.

"The consistent and concerted efforts of the government to boost agricultural exports are bearing fruit as despite the on-going COVID-19 crisis, the export of essential agri commodities for the cumulative period of April-September, 2020 has increased by 43.4 percent to Rs 53,626.6 crore," the ministry said in a statement.

Positive growth was recorded in export of groundnut (35 percent), refined sugar (104 percent), wheat (206 percent), basmati rice (13 percent), and non-basmati rice (105 percent) during the April-September of this fiscal from over the year-ago, it said.

Furthermore, the balance of trade during April-September 2020 was significantly positive at Rs 9,002 crore as against the trade deficit of Rs 2,133 crore in the said period, it added.

To boost agri exports, the government announced the Agriculture Export Policy, 2018 which inter-alia provides for the cluster-based approach for export-centric farming of cash crops like fruits, vegetables, spices, etc. whereby clusters for specific agri products are identified across the country and focused interventions are carried out in these clusters.

Eight Export Promotion Forums (EPFs) have been set up under the aegis of agri-export promotion body APEDA to boost export of agriculture/ horticulture products. The EPFs are created on banana, grapes, mango, pomegranate, onion, dairy, rice basmati, and rice non-basmati.

The EPF is making concerted efforts to identify, document particulars of, and reach out to stakeholders across the entire production/ supply chain of export for increasing these exports significantly to the global market, through various interventions, it said. That apart, the government has also announced the Agri-Infra Fund of Rs 1 lakh crore to improve the agribusiness environment which will promote agri exports in due course, the ministry said.

Besides, the agriculture ministry has also prepared a comprehensive action plan towards the promotion of agri trade i.e to boost agri export with emphasis on value addition and a detailed action plan for import substitution, the statement added.