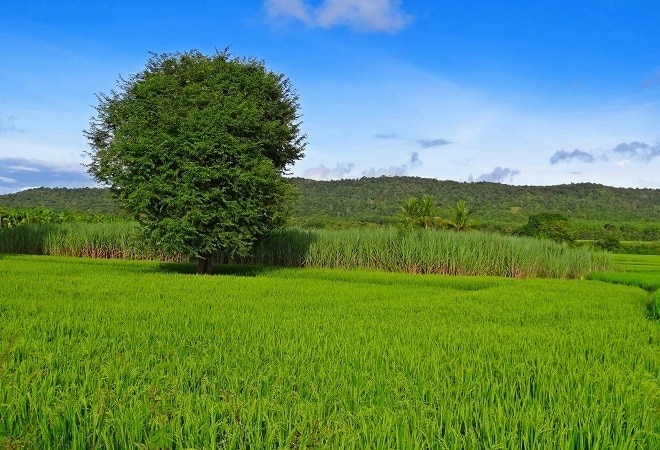 All India Kisan Sabha (AIKS) has opposed the move by the Centre and state governments to dilute the land acquisition rules and labour laws to help the industry. "These attempts curtail the rights of the working class and peasantry on the pretext of overcoming the crisis arising out of the COVID-19 lockdown," Hannan Mollah, general secretary of AIKS said.

The farmers' organisation alleged that the recent move by the BJP Government in Karnataka to dilute the Land Reforms Act of 1961 to allow industries to buy farm land directly from farmers will "promote corporate land grab and loot of resources". "The restrictions on purchase of farm agricultural land have been removed and the Karnataka Land Reforms (Amendment) Act, 2020 will open the floodgates for dispossession of distress-stricken farmers from their land. Other states are also coming up with similar changes throwing to winds the land reform laws prevalent in their states as well as the 2013 Land Acquisition Act," the organisation said.

ALSO READ:BT BUZZ: Why UP labour law ordinance is unconstitutional

AIKS is planning to unite like-minded organisations to resist the move.

The organisation also complained that harvesting and procurement of rabi crops was adversely hit due to the unplanned and unprepared lockdown. "It has come to notice that since April 15, 2020 while the Uttar Pradesh Government had opened 5,831 purchasing centres with a target procurement of 55 lakh tonnes only 1.95 lakh farmers sold wheat. On an average in 22 days one purchasing centre bought wheat only from 33 farmers or less than 2 farmers per day," AIKS said.

The organisation also said that the proposed Electricity Amendment Bill, 2020 is designed for complete privatisation of the power sector and is going to further burden the peasantry.

The increase in the working hours of employees by states like Uttar Pradesh, Madhya Pradesh, Punjab, Rajasthan and Odisha were also criticised. "Rights of the peasantry are also being systematically curtailed. In reality, the BJP government and state governments run by the BJP, Congress or some regional parties are using the distress of farmers and the working class created by the lockdown to now facilitate corporate loot and profiteering rather than bail out the peasantry as well as working class," Ashok Dhawale, president, AIKS said.