Success of Maruti Alto in last few years makes it easy to forget that it had a slow start in first few years. Launched with two engine options -- a 796cc motor of M800 and a 1161cc motor of WagonR -- its positioning was unclear. In first three years, sales were below 50,000 units per annum 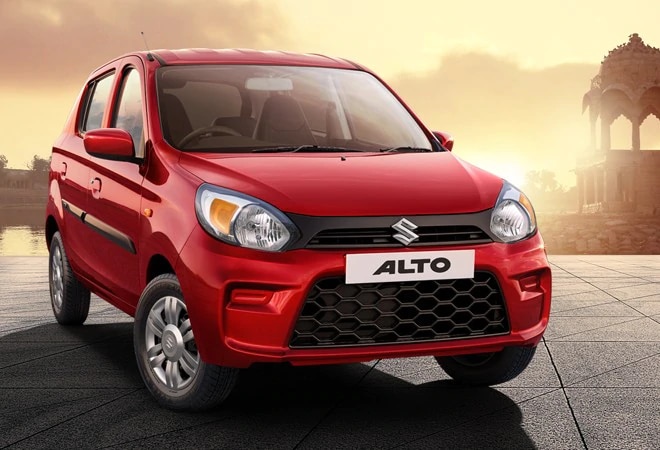 Despite a huge competition, Maruti Alto continues to roll on

Launched back on September 27, 2000, Alto became the bestselling car in India in 2004-05, when it overtook the erstwhile leader Maruti 800. It has not relinquished its position ever since even as a number of models, including world's cheapest car Tata Nano, Hyundai Eon, Chevrolet Spark and more recently Renault Kwid, Datsun Go and Redi-go have attempted to upstage it.

In the last fiscal, Maruti Alto saw a steep 26.4 percent decline in sales at 190,814 units falling below the 2 lakh unit mark for the first time since 2005-06 but it held on to its pole position as other cars in the top 5 saw similar drop in sales. Overall passenger vehicle sales declined by 18 percent in 2019-20, the steepest in over two decades.

"Alto over the past two decades has changed the way India commutes. Despite multiple challenges by competition to Alto, customer's faith and trust in this brand has helped it to remain India's #1 selling cars for 16 consecutive years. Today, Alto resonates with the over 40 lakh customers, thanks to its magnetic brand positioning," says Shashank Srivastava, executive director-marketing and sales, Maruti Suzuki India Ltd. "It has strengthened its consumer appeal with every upgrade and it has become stronger with each passing year. Today, brand Alto is synonymous with India's entry level car."

The success of the car in the last few years, however, makes it easy to forget that it had a slow start in the first few years. Launched with two engine options-a 796cc motor of the M800 and a 1161cc motor of the WagonR, its positioning was unclear. In the first three years, sales were below 50,000 units per annum. Maruti had, however, identified it as the successor to the M800 and added features like electronic power steering and a 5 speed gearbox in the Alto even before the M800.

The 1.1 litre version was also discontinued while variants were added to the 800cc version. That did the trick with sales doubling in 2003-04 before it outpaced the M800 the following year.

There has been no looking back since then, with sales increasing with each passing year. It got fresh wind in its sails in 2010 when Maruti reintroduced a 1 litre K10 engine, which saw sales hit a peak of 346,840 units in 2010-11.

Two years later, the 800cc version received its first full lifecycle facelift, while another two years on the company's AMT gearbox was added to the K10, making it the country's cheapest automatic car. "The iconic M800 revolutionised the way India drives and Alto has carried the legacy forward.  While complying with newer and stringent regulations from time to time, we have ensured that affordability tag of Alto is maintained and the product continues to appeal Indian mass consumers," says CV Raman Senior Executive Director Engineering MSIL.

"In its current avatar, Alto is safer & greener than ever with features like airbags, ABS, rear parking sensors, speed alert system, etc, while meeting the stringent BS6 emission norms."

The launch of the S Presso last October -- Maruti's first new model in the entry-level segment in over a decade -- is likely to put renewed pressure on the Alto. In a way, it is a re-run of the Alto-M800 battle of 2004-06.

The BS VI era also saw the end of the road for the bigger K10 version, which is likely to impact its overall numbers. Already well past its peak, it may get some renewed demand in the post-Covid era as consumers opt for personal mobility over public transport. The entry-level segment is likely to benefit most from it.

For now, Alto continues to roll on.