The latest model of the iconic Jeep Compass was revealed just a few days ago and has now been officially launched in India. The 2021 Jeep Compass facelift gets a multitude of upgraded features and an all-new interior. It will be available in four trim levels 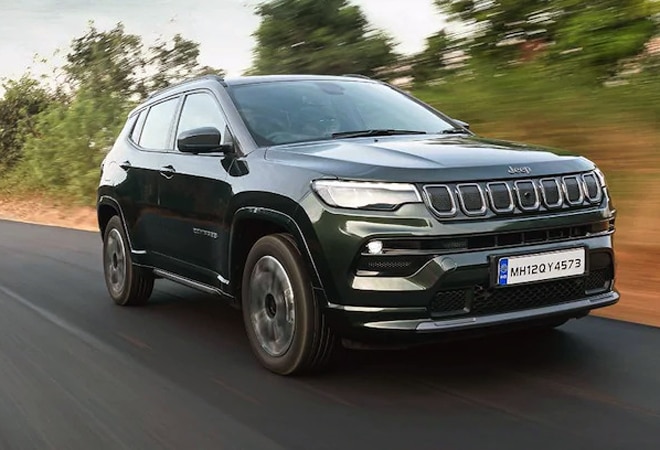 No major exterior revisions have been made in the 2021 Jeep Compass facelift compared to the older version. The few changes that have been made include - an updated version of Jeep's seven-slat front grille, slimmer headlights with integrated LED DRLs, a brand

The interior is where most of the changes to the new 2021 Jeep Compass facelift can be found. The car has a revamped dashboard which has a 10.1-inch touchscreen fitted in the centre of it. Below the screen are new, slim AC vents and also HVAC controls. The Jeep

Compass now has double-stitched leather inserts on the dashboard. It has a new three-spoke steering wheel and a 10.25-inch digital instrument cluster.

The Jeep Compass facelift has a 173 hp, 2.0-litre diesel engine and a 163hp, 1.4-lire turbo-petrol engine, similar to the older version of the Jeep Compass. Both these engines have six-speed manuals as standard transmission systems, with the petrol version getting

the option having a seven-speed dual-clutch automatic. For the diesel version, there is an option of getting nine-speed torque converter auto.

held up by 18-inch alloy wheels.

The 2021 Jeep Compass facelift will compete with SUVs such as Tata Harrier, MG Hector and Hyundai Tucson.