Bajaj Auto's Managing Director Rajiv Bajaj believes that the unprecedented slowdown in the auto sector is largely due to "overproduction and stocking" by companies based on growth forecasts, and ruled out the need for a reduction in the GST rate 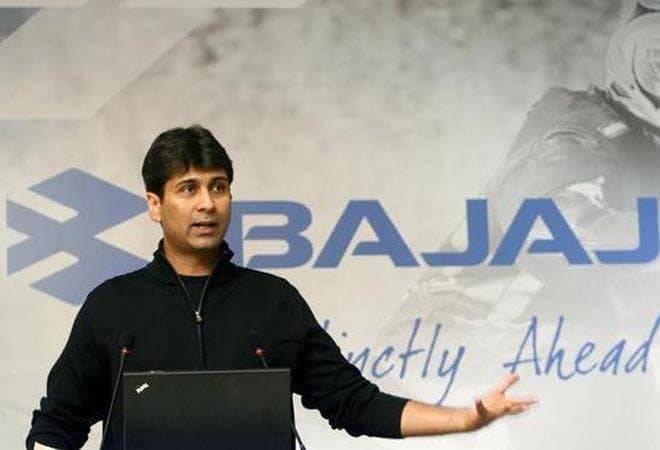 Contrary to the increasing clamour for a GST rate cut from the automobile makers, Bajaj Auto's Managing Director Rajiv Bajaj believes the crisis in the sector is of its own making and a tax rate reduction is not required. This statement comes just ahead of the GST Council meeting in Goa next week, while the $119 billion industry accounting for over 7 per cent of the country's GDP is in the midst of an unprecedented slowdown. The sector saw sales plummet 23.5 per cent in August, the worst record in the past two decades.

Bajaj told The Economic Times that the current crisis is largely due to "overproduction and stocking" by companies based on growth forecasts. "They roll the dice sans any logic. The result is a matter of luck-by-chance. We don't waste time or money on forecasts. We simply expand capacity once we're close to full," he added.

To a smaller extent, the economic slowdown has also affected business. "Automobile sales have declined by over 30 per cent in certain categories during July and August, of which only 5-7 per cent decline in sales volumes is due to economic reasons, over which companies have little control," he explained. With the auto industry now rapidly correcting the stock levels for Bharat Stage-VI (BSVI) emission norms, he is confident that the problem will be sorted by November.

Interestingly, his own company, the country's third largest motorcycle maker, has also been affected by the sales slump. Bajaj Auto reported an 11 per cent fall in total sales in August to 3,90,026 units. While its domestic sales plummeted 19 per cent, exports stayed flat during the month - the company exports one out of every two motorcycles it produces. "There's no industry that keeps growing forever without correction, so no point chasing that mirage," he told the daily, adding that the solution lies in "being global so that the company doesn't fall sick if one market catches flu".

Pointing out that every industry has its up and down cycles, which may take 1-2 years to correct, he categorically said that the sector "certainly doesn't deserve a GST cut". Most players in the automobile industry have been lobbying for an immediate reduction in GST levied on vehicles from the highest slab of 28 per cent to 18 per cent to boost demand. But Bajaj Auto's MD last month voiced concerns that such a move will result in a blockage of dealers' money. Dealers had already paid GST at the higher rate while purchasing their existing inventory from manufacturers and customers would not want to pay the same post any announcement on GST cut.

To avoid such a scenario, he has been pitching for limited GST relief, restricted only to vehicles compliant with the cleaner BSVI emission norms. According to Bajaj, such a move would also partially absorb the sharp increase in the prices of vehicles as they become compliant to the new norms. Once the stringent norms come into effect, the cost of vehicles are expected to go up by around Rs 20,000 for a petrol car and up to Rs 1 lakh for a diesel car.