After four months of growth, the worst fear of auto sector - the revival was merely on the back of pent up demand and would not sustain beyond festive season - seems to have come true 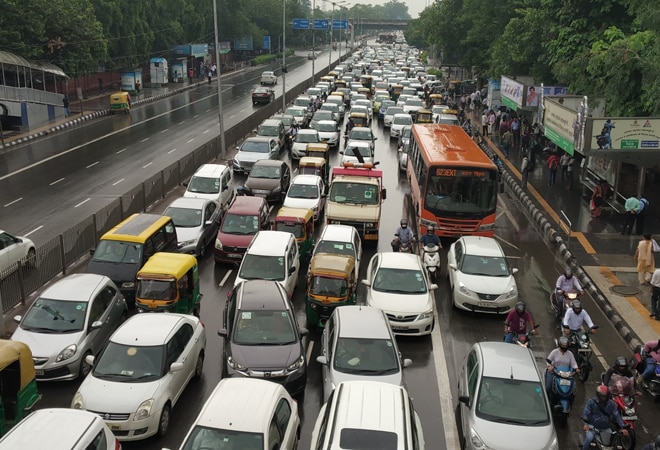 With high inventory levels at dealerships, the going may only get tougher or most auto companies

The signs are ominous. With the end of the festive season in the middle of last month, the story of revival in demand for automobiles in India has started to show signs of weakening. In August, the passenger vehicle industry had grown by 14.16 per cent Y-o-Y at 215,916 units, followed by a 26.45 per cent growth in September at 272,027 units and 14.2 per cent growth year on year in October at an all time high monthly volumes of 310,294 units. Growth rate in November has hit a bump with just 8.92 per cent year-on-year growth. Market leader Maruti Suzuki registered its first decline in monthly sales since June 2020. In outright volume terms the tally for the industry has also slid to 2.86 lakh units in November against 3.10 lakh in October.

India's largest car maker Maruti Suzuki reported a 2.4 per cent decline in wholesale dispatches last month. It came after four continual months of growth culminating in all-time high monthly sales in October and led many to believe a strong revival was well and truly on. Instead, as the company itself admitted last month, it now confirms the worst fears that the revival was merely on the back of pent up demand that would not sustain beyond festive season.

"This month has been good and next month sales will be decent. In December, all manufacturers push sales through offers and discounts so I do not foresee a problem during that month either. It's from January onwards that we do not know if there will be a slump in sales or whether the momentum will continue," Maruti Suzuki Chairman RC Bhargava had said last month.

ALSO READ: Festive season over, Maruti sales slump back into red in November

It was not as bad with the others. Hyundai reported a 9.4 per cent growth, Mahindra grew by 24.4 per cent, Toyota by 2.4 per cent, Honda by 54.7 per cent, and MG Motor by 28.5 per cent. Tata Motors continued its purple patch, growing by over 100 per cent, while new entrant Kia Motors also grew over by 50 per cent.

"The festive season this year was good for us with sales improving by 55 per cent in November 2020 and contributing to overall industry growth. With new and refreshed model line-up along with lucrative offers for consumers, we were able to leverage festive demand and register good sales," said Rajesh Goel, Senior Vice President and Director, Marketing and Sales, Honda Cars India Ltd. "Although there are continuing challenges of pandemic and its impact on overall consumer sentiment, the rise in personal mobility is expected to help us sustain our sales momentum during the rest of fiscal."

Rural markets continued to see robust growth and provided the silver lining. It particularly benefited companies like Mahindra & Mahindra that have a big play in the hinterlands of the country.

"At Mahindra we are happy to achieve strong double-digit growth in SUVs during the month of November, aided by a robust festive demand for all our products. Given strong rural growth and signs of improvement in economic activities, we are hopeful to see this positive momentum continue post the festive season," said Veejay Nakra, Chief Executive Officer, Automotive Division, M&M Ltd.

At the same time, smaller players like Ford, Volkswagen, Skoda and Nissan posted declines. Overall, the industry managed to grow by nearly 9 per cent at 286,477 units. There is a big caveat though - the growth is on a small base as unlike this year, Diwali last year was in October.

Growth in the two-wheeler segment has also started to slacken. Market leader Hero MotoCorp that had registered all-time high sales in October, managed to grow by 14 per cent but the numbers shrunk to less than 6 lakh in November. That is a big drop from nearly 8 lakh in October. Bajaj was the only company to register a decline of 4 per cent. Given the high inventory levels at dealerships for most of the companies, the going may only get tougher.