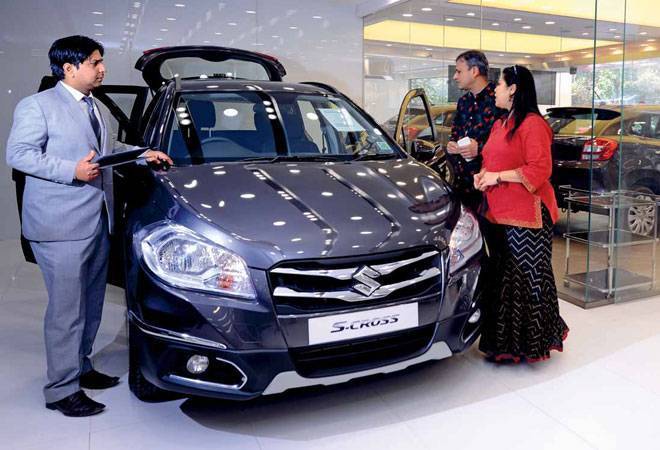 With the festive season drawing to a close in the middle of last month, India's largest carmaker Maruti Suzuki India Ltd registered a 2.4 percent decline in passenger vehicle dispatches to its dealerships in November at 135,775 units against 139,133 units last year.

This is the first time since June that Maruti has registered a monthly fall in sales confirming the worst fears that the revival in demand for automobiles witnessed during the middle of the year was unsustainable and largely due to pent up demand. Maruti had registered all-time high sales in October at 163,656 units. In outright terms, its wholesales in November were lower than even September (147,912 units).

However, the leading auto manufacturer claimed that its retail sales were highly optimistic, and demand seems to be quite robust even beyond Diwali.

"Industry wholesales were 2.87 lakh against 2.64 lakh last year, up by 9 percent. For MSIL the wholesales was 1.36 lakh against 1.39 lakh last year which is 2 per cent lower - this is because of production constraints due to the large number of festival holidays typically in N India. In fact demand seems to be quite robust even post Diwali," he further added.

The latest numbers would also be disappointing as they compare unfavourably on a low base of last year, which had no festivals. Unlike this year, Diwali was in October in 2019. The company's top management had also expressed confidence last month that they would be able to manage good sales till the end of this year but were unsure about growth from the start of next year.

"This month has been good and next month sales will be decent. In December, all manufacturers push sales through offers and discounts so I do not foresee a problem during that month either. It's from January onwards that we do not know if there will be a slump in sales or whether the momentum will continue," MSIL Chairman R C Bhargava had said last month.

The biggest fall was witnessed in the company's bread and butter small car segment. In the entry-level mini segment where it sells the Alto and S-Presso hatchbacks, sales declined by 15 percent at 22,339 units over 26,306 units. In the compact small car category, the decline was 1.8 percent at 76,630 units. It registered a 2.4 percent growth in utility vehicle sales at 23,753 units, 10 percent growth in vans at 11,183 units.

Its overall domestic sales registered a marginal 0.4 percent growth at 144,219 units due to the 3,000 additional cars it supplied last month to Toyota Kirloskar Motor Ltd. The two companies have a partnership wherein Maruti produces and supplies the Baleno premium hatchback and Brezza compact SUV to Toyota, which is then rebadged and sold by the latter as the Glanza and Urban Cruiser, respectively, at its dealerships. The Urban Cruiser was launched in India in October this year.