Bajaj Auto said the number of coronavirus cases at its Waluj factory account for 2 per cent of the workforce employed there; said production will continue as usual with necessary safety measures 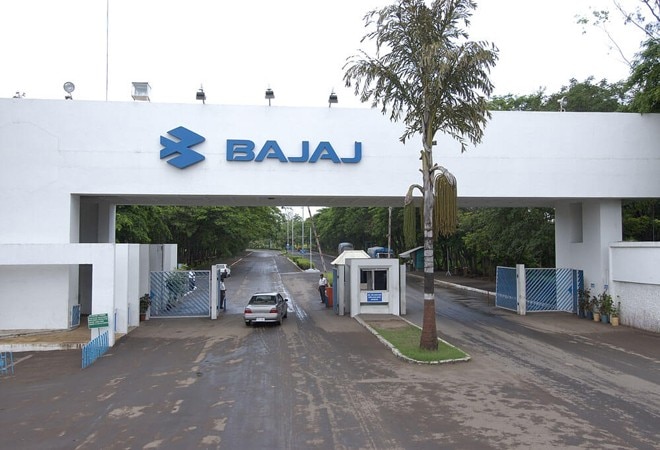 Domestic two wheeler major Bajaj Auto Ltd has rebutted reports that it had to shut down operations at its Waluj factory in Aurangabad after 140 of the over 8,100 employees at the factory tested positive for coronavirus. Two employees who had underlying conditions of hyper tension and diabetes have succumbed to the infection.

The factory that primarily makes motorcycles for export had resumed operations after a month long shutdown on April 24.

"It has come to our attention that there are reports circulating that Bajaj Auto's manufacturing facility at Waluj in Maharashtra has shut down due to incidence of COVID-19 amongst some employees there. At the outset we want to clarify that our manufacturing facility at Waluj is functioning normally," said Ravi Kyran Ramasamy, Chief Human Resources Officer, Bajaj Auto Ltd. "We at Bajaj Auto, like the country at large, are now learning to live with the virus. We will continue our normal business operations, while taking all necessary safety measures, as the alternative is to shut down our operations with 'no work, no pay' which will have a drastic impact on our employees and supply chain."

The company said it did not have any COVID-19 case at the Waluj factory between April 24 and June 6 and the first case was reported on June 6. Initial reports had said at least 79 employees had been infected by the virus but while clarifying the number on Friday evening, Bajaj Auto said it accounts for less than 2 per cent of the overall employee strength at the plant.

"We have more than 8,100 employees and contractors employed in our Waluj plant. Our current incidence of 140 cases of COVID-19 is less than 2 per cent of our strength," Ramasamy said. "Two of our infected employees with underlying conditions of hyper tension and diabetes have unfortunately succumbed to the infection," the company stated

The company also reasoned that the incidence could be due to the progressive easing of the lockdown restrictions in the country since the start of the month, which has also resulted in a general increase of cases across the country. Bajaj also has factories in Chakan and Akurdi in Pune and in Pantnagar in Uttarakhand. Waluj has a capacity to produce over 500,000 bikes every year.

"From April 24th till June 6th 2020, we had no COVID-19 incidence at our Waluj plant. However, as is well known, post the easing of lockdown progressively from June 1st, there has been a general increase across the country in the rise of infection including amongst industries, armed forces, police, media and government institutions," Kyran said. "Post the country wide lockdown, our Waluj facility has been ramping operations from April 24, 2020 onwards. As part of the ramp-up, detailed cleanliness and health check protocols have been drafted and implemented in consonance and compliance with all Government regulations and guidelines. These protocols have been reviewed and approved by appropriate authorities and adherence is strictly monitored by our in-house health and security staff."

"We have taken all necessary measures for testing, contact tracing, self-isolation and complete sanitation as per protocol. All incidences were reported to the appropriate authorities. We continue to provide all support including medical assistance to affected employees," he added.

Rajiv Bajaj, the managing director of the company, was one of the few industrialists in the country who had criticised the government's severe lockdown restrictions between March 25 and May 31. Bajaj had instead called for a more lenient mechanism that allowed factories to operate in areas with negligible or low incidence of the virus.

MUST WATCH: Industrialist Rajiv Bajaj says the lockdown failed as it flattened the wrong curve