The Rs 1 lakh discont offer is on the 2018 Tata Tigor facelift model which was launched at a starting price of Rs 5.20 lakh. 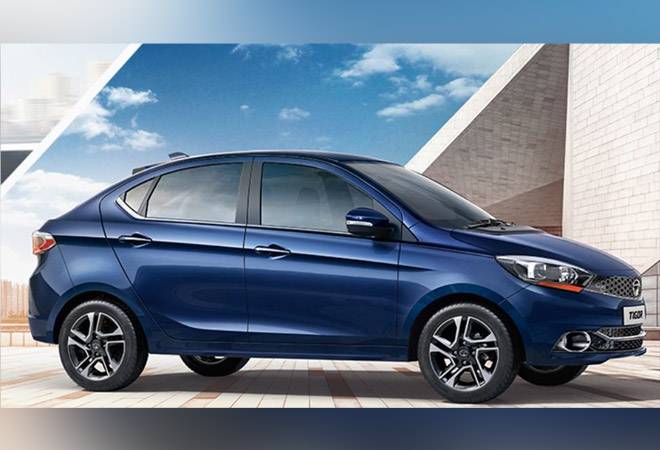 The Tigor by Tata Motors is a compact sub 4-meter sedan that is now being offered with a cash discount of up to Rs 1 lakh. The offer is on the 2018 Tata Tigor facelift model which was launched at a starting price of Rs 5.20 lakh. The current price of the car is Rs 5.42 lakh (ex-showroom Delhi). The Rs 1 lakh discount on the Tigor facelift is valid till March 31, 2019. The Tata Tigor is an able competitor to the Ford Aspire, Volkswagen Ameo, Honda Amaze and Maruti Suzuki Dzire.

Tata had launched the facelift model of the Tigor to revive the consumers' interest in the car. Facelift had received a few cosmetic upgrades along with several new features. The design was updated and the car was given a new diamond shaped grille along with the dual chambered projector headlamps. The 15-inch dual tone alloys give the car a premium look. At the rear, there are the crystal-inspired LED tail lamps and an LED high mounted stop lamp as on the rear windshield.

The interiors of the Tigor facelift received the premium look with a new leather upholstery. The new top-spec XZ+ trim got a new 7-inch infotainment system from Harman which is compatible with Android Auto along with having video playback. The new reverse-parking camera with guideways were also added to the facelift. Tigor facelift has dual airbag and ABS with EBD as standard fitment. The car also received a chassis which is reinforced with high strength steel. There is also a seatbelt reminder for the driver as well.

Under the hood,  Tigor facelift has the same 1.2-litre Revotron petrol and the 1.05-litre Revotorq diesel. The petrol engine gives out 84 bhp and 114 Nm of peak torque while the diesel engine makes 69 bhp and 140 Nm of peak torque. The top petrol variant has an AMT option, however diesel variant does not get an AMT but only has a 5-speed  manual transmission.