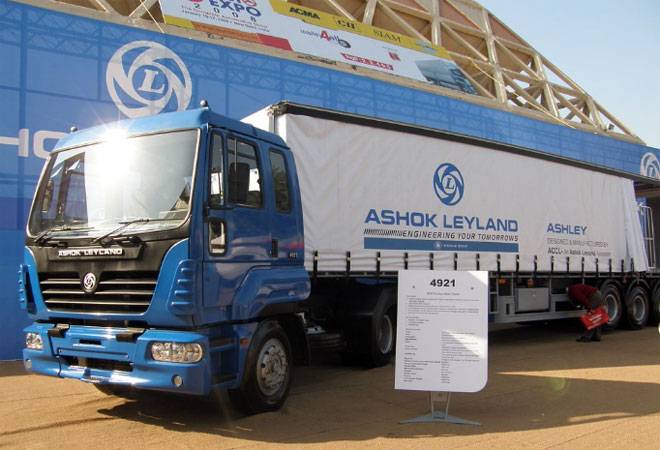 India's second largest heavy truck and bus maker Ashok Leyland has demanded urgent roll out of an incentive-based scrappage scheme for commercial vehicles older than 15 years besides a rebate in GST, road tax and registration charges to revive demand in an ailing commercial vehicle industry.

"Commercial vehicle sector, which was already struggling prior to the pandemic has now come to a grinding halt. As is well known, commercial vehicles are a life line to any nation's economy. They transport goods and they are an integral part of public transport. It is imperative that demand for commercial vehicles be triggered," said Vipin Sondhi, Managing Director & CEO, Ashok Leyland Limited.

"An incentive based scrappage scheme (for commercial vehicles >15 years) with incentives in the form of a rebate in GST, road tax or registration charges would help give demand a boost."

The prospects of the entire automobile industry in fiscal year 2020-21 are bleak. Industry body Society of Indian Automobile Manufacturers has projected another steep 17-20 per cent decline in commercial vehicle sales this year in the optimistic scenario of GDP growing by 4 per cent. In the least optimistic case of GDP growth of less than 1 per cent, CV sales could fall by as much as 35 per cent.

The government has been working on a scrappage scheme for vehicles for more than four years now. In the original scheme mooted in 2016, vehicles older than 10 years were eligible with incentives like a 50 per cent reduction in excise duties. The applicable age of the vehicle was in 2018 raised to older than 20 years. Draft guidelines for setting up scrapping centres were put up in October last year raising hopes of an announcement of the scheme in this year's budget. It did not make the cut.

Also Read: Coronavirus impact: Nissan will shut global headquarters for 16 days in May