Launched in April 2019 with a plan to put at least 1 million high-speed electric two-wheelers on the road by March 2022, the actual cumulative sale since January 2019 has been only 52,959 with the scheme accounting for 31,813 units of these 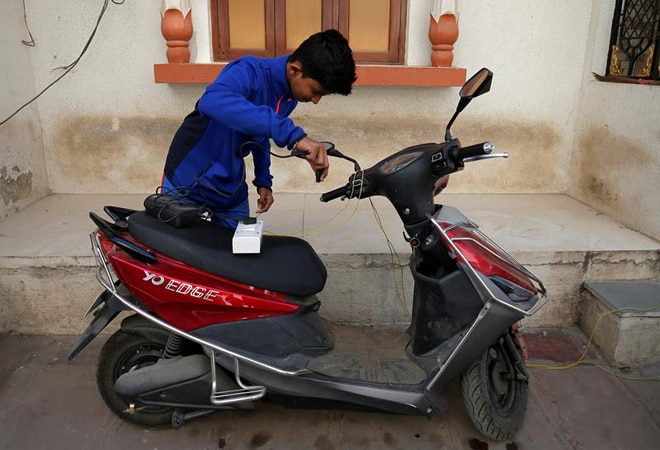 In a year when the pandemic cost at least three months of sales due to lockdown, the domestic electric two-wheeler industry has recovered well to post only a 5.4 per cent drop in sales at 25,735 units in 2020 over 2019. The industry has however warned that the required momentum to achieve the ambitious target set by the government under FAME 2 policy was missing.

Launched in April 2019 with a plan to put at least 1 million high-speed electric two-wheelers on the road by March 2022, the actual cumulative sale since January 2019 has been only 52,959 with the scheme accounting for 31,813 units of these. The rest 21,146 two-wheelers did not qualify for the subsidy under the scheme.

"The FAME 2 scheme had some good points and laudable objectives but came with so many strings attached, most of them introduced prematurely or unnecessarily, that lead to the achievement of only 4 per cent of the stated targets," said Sohinder Gill, Director General, Society of Manufacturers of Electric Vehicles (SMEV). "The scheme could not attract the customers to shift from the polluting petrol bikes to electric two-wheelers, mainly because the preconditions and qualification criteria of FAME 2 made the bikes unaffordable to the mass market customer despite the subsidy."

The government has increased the corpus of the scheme more than 10-fold to Rs 10,000 crore for three years (fiscals 2020-22) from just Rs 895 crore for four years (fiscals 2016-19) in its first edition. The scheme offers subsidies for buying e-vehicles with a cap of 7,000 e-buses, 5,00,000 e-3 wheelers, 10,00,000 e-2 wheelers and 55,000 e-cars. However, only vehicles which are powered by lithium-ion batteries or a more advanced power source can avail the subsidy on offer. Further, there are other riders. For example, buses have to be priced under Rs 2 crore, plug-in hybrids under Rs 15 lakh, three-wheelers under Rs 5 lakh and two-wheelers under Rs 1.5 lakh to be eligible for the incentives.

"Despite the setback, the E2W industry is seeing a positive sentiment and a very high level of interest from the customers and if FAME 2 is rejigged to remove the needless handicaps, the adoption can grow exponentially in a short time, that could not only help achieve the stated objective, it can also catalyse major investments into "Made in India" products and locally sourced components. Hence, we urge the government to come up with corrective measures that would help the industry achieve the envisaged target of 10 lakhs electric two-wheeler," Gill said.

"We have lately seen many positive steps by the central and state government such as the announcement to support battery manufacturing in the country with an outlay of Rs 18,000 crores and allowing the selling of E2W without battery, entry of established players in the market, increase in citizens' interest in green vehicles, start-ups foraying into the industry with innovative solutions like financing, last-mile delivery, charging etc. and lastly, the government continued support to the aligned industry, perhaps the only vital missing link is a robust, customer-friendly FAME 2 policy," he added.