The LiveWire is built on a cast aluminium frame that holds the 'Revelation' motor, claimed to be the most powerful motor from Harley so far 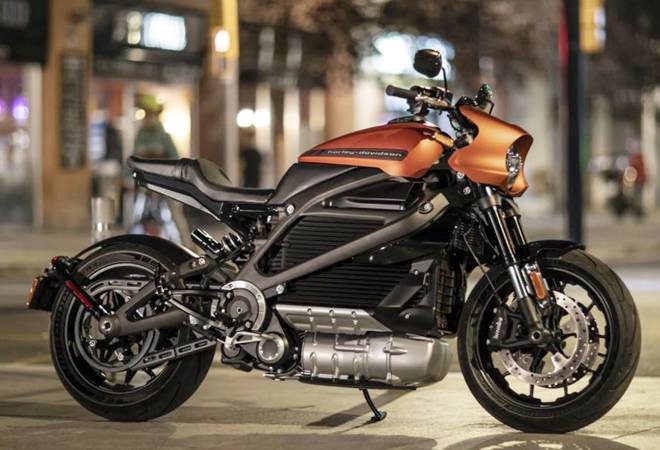 American motorcycle manufacturer Harley Davidson is all set to make a debut of its first electric motorcycle, LiveWire, in India on 27 August 2019. The LiveWire is mostly inspired by the Harley-Davidson's Sportster range of motorcycles. The LiveWire gets a full-LED headlamp, Sportster like fuel tank, although every element under the tank is electric.

The LiveWire is built on a cast aluminium frame that holds the 'Revelation' motor, claimed to be the most powerful motor from Harley so far. The Harley Davidson LiveWire produces 103.5bhp and 116Nm of torque.

The electric motorcycle uses a 15.5kWh battery, claimed to offer a range of around 225km in the city, nearly 113km on the highway and an average cumulative range of 142km.

Furthermore, the LiveWire also gets a 4.3-inch TFT display with Bluetooth connectivity which offers features like -- turn-by-turn navigation, location of the motorcycle and geo-fencing. The bike also receives a six-axis IMU, traction control and a Drag-Torque Slip Control feature. Harley-Davidson is expected to offer the LiveWire in three different colour options -- lime green, orange and black.