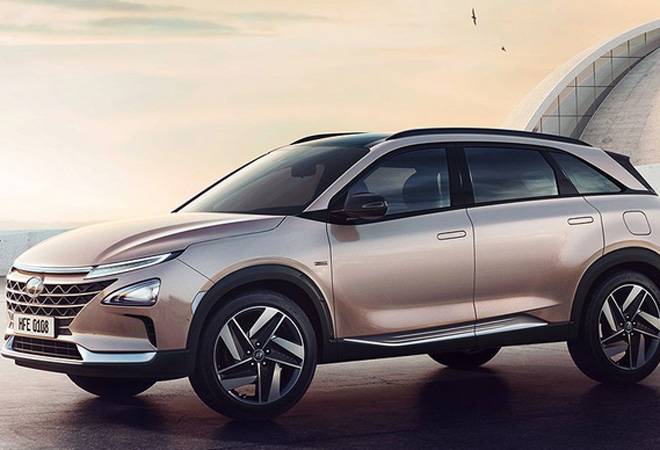 India's second largest car maker Hyundai Motor India Ltd on Thursday said it has begun a feasibility study in the country to look into the possibility of launching fuel cell electric vehicles in future.

Like normal electric vehicles, fuel cell vehicles are also propelled by an electric motor instead of an internal combustion engine but instead of a lithium ion battery it is powered by a fuel cell that uses oxygen from the air and compressed hydrogen. Hyundai says these vehicles are free from any greenhouse gas emissions as the vehicle filters and purifies the air during the drive.

"Progress for humanity with zero emission mobility is our responsibility and vision to make a long term positive transformation for our future generations. We have initiated the feasibility study for fuel cell electric vehicle in India and promise to bring the ultimate solution with zero emission mobility," said  S S Kim, managing director and CEO, Hyundai Motor India Ltd.

Hyundai's announcement today comes a fortnight after the Supreme Court had suggested the government to look into the possibility of encouraging hydrogen fuel vehicles as a panacea to the problem of air pollution in India. India accounts for 15 of world's 20 most polluted cities.

Globally, unlike electric vehicles, hydrogen fuel vehicles are still being tested on quality and efficiency parameters and not used on a commercial basis on a large scale. Even in markets like China, Japan and South Korea that are taking a lead in the development of the technology, sales have been negligible. China, a market of 28 million units annually, has less than 1500 units of hydrogen vehicles on the road today. Japan and Korea have about 3,400 and 900 respectively. In these early stages, Hyundai Nexo is one of the largest selling fuel cell vehicles in the world.

Earlier this year, Hyundai also took the lead in promoting electric mobility in the country by launching the Kona electric SUV. India has set ambitious targets for electrification in the transport sector. Niti Aayog, which is spearheading the development from the policy perspective, is working on creating charging infrastructure.

Hydrogen fuel vehicles have the advantage of faster recharging--it takes a matter of minutes to refill the tank through a hydrogen dispensing station unlike hours to charge an EV, but handling hydrogen is considered to be tricky. Also given the early stage of evolution, hydrogen fuel cell vehicles cost significantly more than even EVs. The cost of hydrogen cells can be prohibitive. For instance, the Toyota Mirai fuel cell car costs a minimum of $60,000 (Rs 42 lakh). Hyundai's Nexo also costs about the same.

At the same time the operating cost of hydrogen as a fuel is also much higher than even petrol. One kilogram of hydrogen costs roughly $ 14 (Rs 1000) and is equivalent to about 4 litres of petrol (Rs 300) in efficiency. In a price sensitive market like India, these are major stumbling blocks.