The startup which is based in Hubli, Karnataka, is planning a grand entry in the burgeoning Indian two-wheeler market with the new bike. 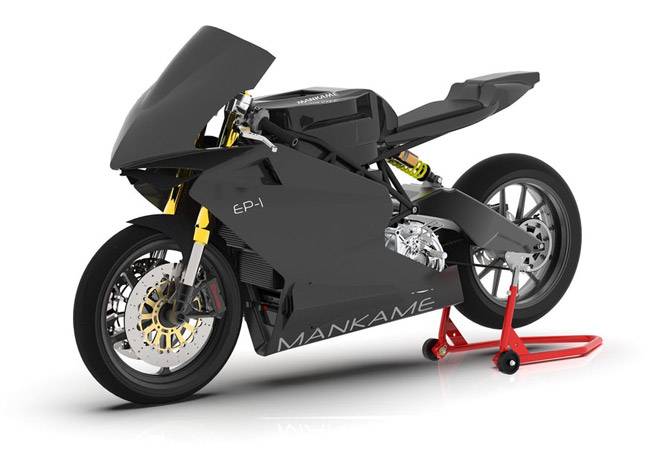 An Indian company called Mankame Automotive has come up with a new electric motorcycle EP-1. The startup which is based in Hubli, Karnataka, is planning a grand entry in the burgeoning Indian two-wheeler market with the new bike.

While most electric motorcycles in the market do around 240 km on a full charge, the EP-1, Mankame Automotive claims, can do up to around 500 km. The bike flaunts a high-end running gear and is said to range larger than any other battery-powered two-wheeler.

The EP-1 will come with an electric engine that can produce 54 hp power at 8,000 rpm. The bike will have an 18.4kWh battery. The EP-1 will have a top speed of 250 km/h. However, it will be interesting to see if the bike can match up to the figures it has claimed as no other bike in the market can give comparable performance figures. For the top speed the bike has claimed, the power of the bike does not sound enough.

The mileage and power balance claimed by Mankame could be achieved as the bike has a liquid-cooled unit battery made of high-density Samsung cells and is controlled by an in-house developed advanced management system.  The entire power pack weighs about 80 kg which makes the total motorcycle weight of the EP-1, 180 kg. Mankame has also said the EP-1 will use its own proprietary software for the ABS and traction control systems.

The EP-1 will be built around a steel trellis frame, furnished with Radical Brembo brakes and fully adjustable inverted Ohlins forks while customers will also get to choose between a Showa or and Ohlins TTX shock.

Mankame has carried out some virtual testing in the lab, with real-world conditions simulated in computer models. On paper, the EP-1 can deliver the 500-km range which it has claimed to deliver at an average speed of 82.5 km/h. According to the founder of the company, the tests are 95 % accurate.

The company will kick off a crowdfunding campaign on July 1 and the real world figures will be known once Mankame builds a prototype and thoroughly tests it.

Earlier this year at the Auto Expo 2018, another Indian startup revealed its first electric superbike, the Emflux One. The bike is claimed to produce over 80 hp and can reach 0-100 in 3 seconds.

As for the delivery of Mankame EP-1, the company predicts to begin sometime in 2022.

Chanda Kochhar was not asked to go on leave, says ICICI Bank