The MG ZS EV is likely to get a 44.5kWh battery pack, capable of a range of 262km on a single charge, paired with a 150hp electric motor 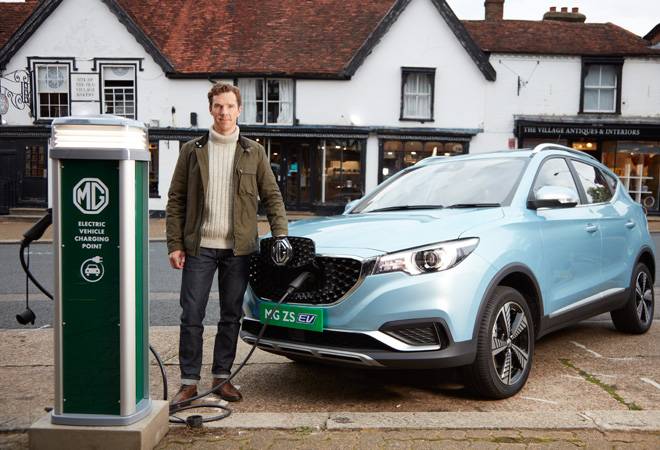 Morris Garages Motor (MG Motor), which entered the Indian automobile market with the Hector earlier this year, is all set to unveil its first electric car"MG ZS EV" in the country. Now, according to a Transport Department report, MG Motor has obtained type approval for both hybrid and petrol variant of the MG ZS. The petrol unit is expected to be a 1.5-litre engine which churns out 106hp as compared to the hybrid unit's 111hp. The hybrid engine is powered by a 1.0-litre petrol-electric combination unit.

The MG ZS EV is likely to get a 44.5kWh battery pack, capable of going 262km in a single charge, paired with a 150hp electric motor. MG Motors offers the same pair of MG ZS engines in international markets.

The carmaker has also announced that Hollywood actor Benedict Cumberbatch will be the ambassador for its upcoming electric SUV MG ZS EV in India. The MG ZS EV is expected to be unveiled in December 2019. Cumberbatch, who is also the brand ambassador of MG Motor India, will now be seen in the commercial for the Hector Hybrid, MG ZS EV.

Cumberbatch on his association with MG Motors said, "Since my childhood, I have grown up seeing and reading about MG's. With the iconic MG brand set to drive into the future, I am delighted to be part of the brand's journey in India." He added that the ZS EV, India's first connected electric SUV, will focus on the change in the environment which is the need of the hour.

Rajeev Chaba, President & Managing Director, MG Motor India, said, "We are extremely charged up and excited to extend our association with Benedict for the MG ZS EV in India." He added that the MG's electric SUV has seen robust demand from customers in the UK, Thailand and other markets.