Slowdown blues: The reluctance by current owners to spend more on their cars is another dampener for the community that typically makes more money by servicing cars than by selling them. 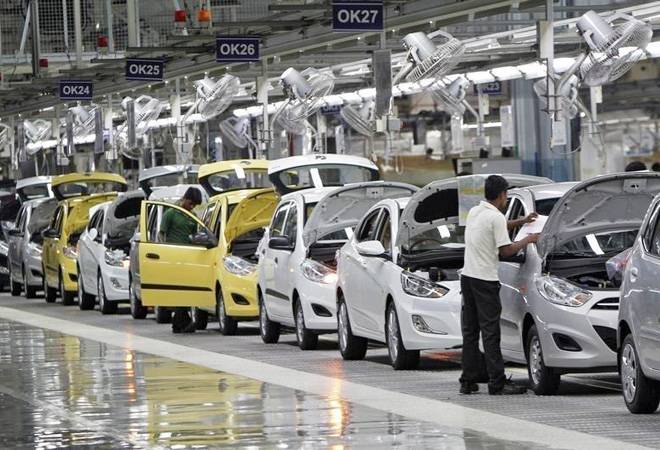 Automobile dealers across the country facing the brunt of the slowdown in sales of cars and two-wheelers have also witnessed a 10 per cent drop in spends on service by customers.

The reluctance by current owners to spend more on their cars is another dampener for the community that typically makes more money by servicing cars than by selling them. Typically dealers earn 31 per cent of their profits from after-sales and 25 per cent from sales. According to the JD Power 2019 India Customer Service index Study, there has been a 10 per cent drop in the average amount spent per service visit compared with 2018.  On average, customers spent Rs 5,000 per service visit this year, compared with Rs 5,600 in 2018. The decline is greatest among after-sales customers who are 39 years or older - non millennials - whose spend declined 17 per cent year-on-year.

"Typically, dealers rely on service work to keep their businesses profitable especially during a downturn in new-vehicle sales," said Kaustav Roy, Director and Country Head for India, J.D. Power. "A drop in average service spend bodes negatively for overall dealer profitability. More than ever, dealers need to focus on delivering an excellent service experience to retain customers and encourage loyalty and advocacy."

Among the brands, Hyundai was ranked highest in overall service satisfaction with a score of 903 followed by Tata at 870 and Mahindra at 863. Higher score indicates the likelihood of customers recommending their brand to others. The market average score was 826.

India's largest carmaker Maruti Suzuki (799) along with Datsun (799), Honda (796) and Renault (787) formed the bottom quartile of the service index. The study is based on responses from 7,177 new-vehicle owners who purchased their vehicle between March 2016 and August 2018. The study was fielded from March through August 2019. It measures new-vehicle owner satisfaction with the after-sales service process by examining dealership performance in five factors (listed in order of importance): service quality (30 per cent); service initiation (18 per cent); service facility (18 per cent); service advisor (17 per cent); and vehicle pick-up (17 per cent).

Majority of 89 per cent of the customers who rated their experience in the top quartile of satisfaction (929 points and above on a 1,000-point scale) are more likely to return for post-warranty service work. 90 per cent of them were also likely to recommend the service centre to a friend or a relative. Other findings of the study indicated a reluctance among customers to go digital for after sales service with customers rarely using digital channels to set appointments despite indicating higher satisfaction when used. Satisfaction was 875 among just 1 per cent of customers who used a manufacturers' app and 868 for 2 per cent who used a dealer's website. The majority (81 per cent) still prefer to call a dealer and reported a satisfaction score of 831. Customers who walk in without an appointment (14 per cent) were the least satisfied with a score of 786.

The study also stated fewer number of customers now wait at dealerships while the cars are being serviced- down 10 percentage points to 21 per cent in 2019. However, satisfaction is typically higher among customers who wait for their vehicle service (837) against those who opt to leave and then return (821).

Also read: Decoding Slowdown: From biscuits to cars; it is a deathblow for the economy as demand dries up