Japanese car maker Toyota's Indian subsidiary managed to grow its market share by 23 basis points y-o-y, while that of rivals Tata Motors and Honda Cars India declined by 1.9 per cent and 0.9 per cent, respectively 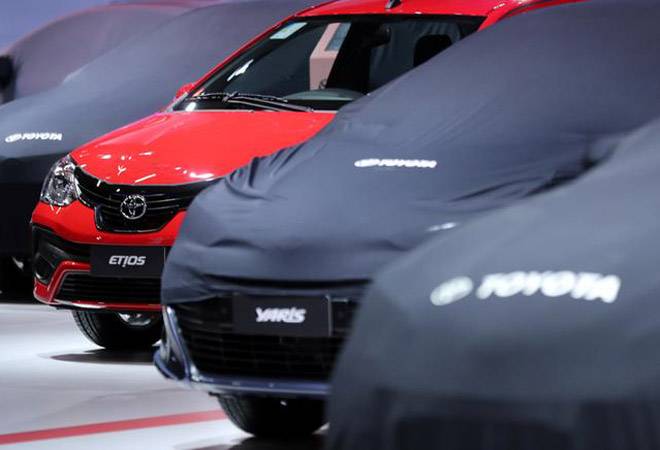 The chaos in the Indian auto sector, which is in the midst of an unprecedented sales slump, has proved a blessing in disguise for Japanese car manufacturer Toyota. The company's Indian subsidiary, Toyota Kirloskar Motors, has emerged as the country's fourth-largest car manufacturer, overtaking rivals Tata Motors and Honda Cars India for the first time.

The maker of premium utility vehicles recorded a market share of 4.86 per cent in the April to September period, The Economic Times reported citing industry data. That's an increase of 23 basis points from its 4.63 per cent market share in the same period last fiscal. Meanwhile, Tata Motors and Honda Cars India posted a decline of 1.9 per cent and 0.9 per cent, respectively, in their share of the total pie.

A key factor helping Toyota Kirloskar Motors corner a larger market share is the recently introduced Glanza. Launched in June, the re-badged version of Baleno is averaging 2,000 units of sales every month, and is increasingly contributing to the company's total sales.

Furthermore, the carmaker has been able to maintain average sales of vehicles such as Innova and Fortuner, despite the industry-wide slowdown. "In these tough times faced by the industry, we have followed the basics by taking care of our customer's needs and tried to exceed their expectations at all touchpoints of sales and service," Toyota Kirloskar Motors' Deputy Managing Director N. Raja told the daily, explaining how the company was able to outperform rivals. He explained that the company has similarly focussed on the customers-for-life approach targeting millennials where the Glaza is concerned. "This approach is helping us get first-time Toyota buyers to experience our service and thus helping us increase our customer base," he added.

According to industry experts, the newly-launched premium hatchback - one of the first models to be launched under the Toyota-Suzuki agreement - has been able to crack the compact hatchback market, something that Toyota Etios Liva failed to do. Offering the latter to fleet operators and positioning the Glanza for private buyers has reportedly turned into a win-win situation for Toyota.

Toyota Kirloskar Motors is not hoping for a sales revival in the ongoing festive season. "Thanks to the Navratri and Diwali festive sparkle around, we expect the consumer demand will see the much needed revival resulting in better retails," Raja said in a statement last week. According to him, the industry friendly measures announced by Finance Minister Nirmala Sitharaman in September, including the corporate tax rate cut to 22 per cent and the MAT rate reduction, should also give a positive boost to the industry and uplift consumer sentiments.