Air India Express, has its operations largely out of Kerala to the Gulf and South-east Asia. Besides, it also operates some flights to these regions from North and Western India as well as on some domestic routes. 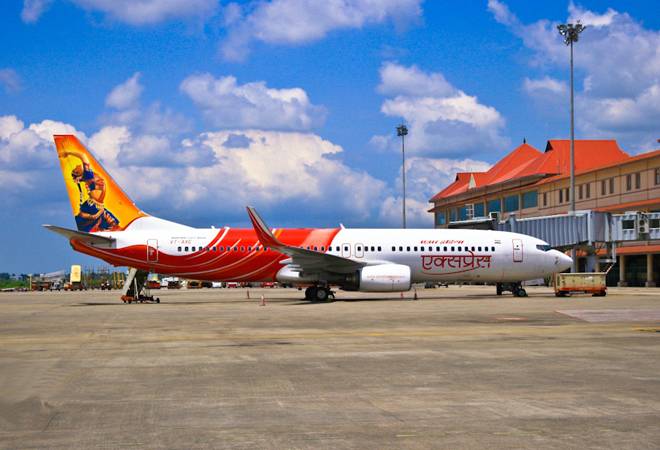 Air India Express, the international budget arm of Air India, is examining the possibility of leasing some Boeing 737 aircraft of grounded carrier Jet Airways, which are parked at different airports due to non-payment, through a firm decision is yet to be taken, a top company official said Sunday.

Before halting operations temporarily mid-last week due to severe cash-drought, the private carrier was forced to ground 69 planes owing to non-payment of rentals to lessors.

Later, on April 16, it grounded the rest of the planes in its fleet, when it decided to temporarily suspend all its domestic and international services.

"We are looking at leasing (B737 of Jet Airways) aircraft but there is no firm decision on this issue so far.

As a matter-of-fact, there are a lot of other things that have to be looked at, like slots, sectors and timings, among others," Air India Express chief executive officer Shyam K Sunder told PTI over phone from Kochi, the airline's headquarter.

When asked about the number of planes that his airline could induct from Jet Airways, he said, "We don't have a target number."

Air India Express, has its operations largely out of Kerala to the Gulf and South-east Asia. Besides, it also operates some flights to these regions from North and Western India as well as on some domestic routes.

Shyam Sunder also said the airline plans to recruit 50 commanders from Jet Airways, of which 20 have already been hired.

"We have already recruited a lot of pilots. We have about 20 of them already, all from Jet Airways as at present only Jet pilots are available in the market. Our intention is hire up to 50 pilots. So we will be inducting another 25-30 pilots going forward," he said.

The AIE official, however, ruled out hiring of first officers at this stage, adding that the airline may look at it if there was any requirement for them in the future.