According to the Civil Aviation Ministry, the Boeing 737 aircraft on a flight from Dubai to Kozhikode overshot the runway at Kozhikode airport at 7.41 PM on Friday 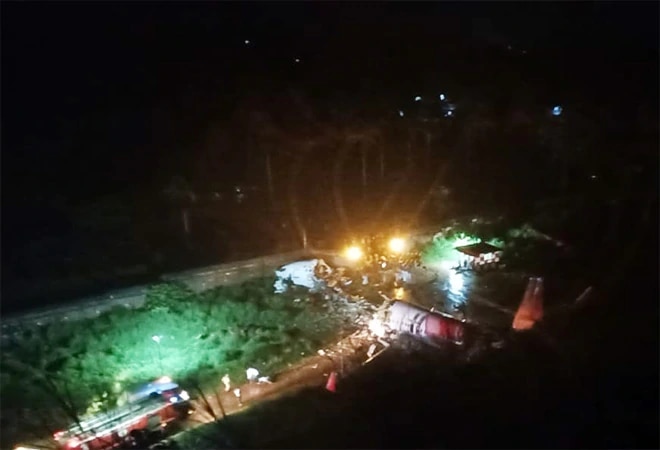 The Indian Consulate in Dubai will remain open on Saturday to help those who need assistance to travel to Kerala and provide information about the crash of the Air India Express flight that skidded off a hilltop runway and split in two while landing in heavy rain at an airport in Kozhikode, killing at least 17 people.

According to the Civil Aviation Ministry, the Boeing 737 aircraft on a flight from Dubai to Kozhikode overshot the runway at Kozhikode airport at 7.41 PM on Friday. There were 184 passengers including 10 infants, 2 pilots and 4 cabin crew on board the aircraft, the ministry added.

Captain Deepak Sathe, the pilot-in-command, and his co-pilot Akhilesh Kumar were among those who died, police and airline officials said on Friday. Sathe was a former Wing Commander of the Indian Air Force (IAF) and had served at the force's flight testing establishment. "We are with all the families of injured and deceased and will do our best to assist them," the consulate tweeted on Friday evening.

It said the consulate will remain open on Saturday to share any information related to the crash. India's newly appointed Consul General to Dubai Dr Aman Puri said that there were all kinds of Indians on-board the IX 1344 flight, which took off from Dubai and fell into a valley 35 feet below before broking into two portions.

"Some were visa cancellation and expiry cases, some were travelling to meet their family members, some having lost their jobs, and some were travelling on medical emergencies," Puri told the local media. The Indian consulates in Dubai and Sharjah have activated five helpline numbers to provide information to the family members of the deceased and the injured passengers.

Air India Express has also established a helpline number in Sharjah at +971 6 5970303. The Air India Express is a wholly owned subsidiary of Air India and it has only B737 aircraft in its fleet. TV footage from the accident site showed the aircraft split into two pieces and the debris lay scattered on the ground.

Modi also spoke to Kerala Chief Minister Pinarayi Vijayan. "Pained by the plane accident in Kozhikode. My thoughts are with those who lost their loved ones. May the injured recover at the earliest," the prime minister tweeted.

The mishap brought back memories of the crash of Air India Express flight IX 812 on May 22, 2010 at Mangaluru International Airport. The flight from Dubai had overshot the runway and plunged down the cliff into a wooded valley, killing 158 people.