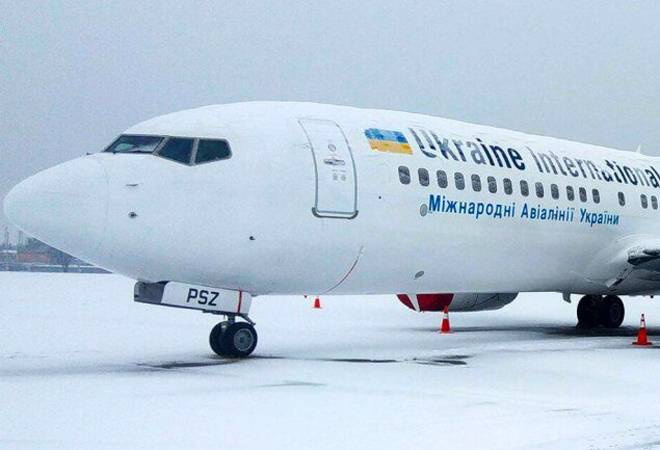 A Ukrainian Boeing 737-800 airplane with 180 passengers and crew on board crashed on Wednesday shortly after takeoff from Tehran's Imam Khomeini airport. The plane which was Ukraine bound crashed due to technical difficulties, Iran's semi-official Fars news agency tweeted. However, there was no confirmation regarding the casualties.

The report added that the Ukraine plane crash happened due to mechanical issues, however, it did not elaborate on the same. Meanwhile, an investigation team has been sent to the site of the crash in southwestern outskirts of Tehran, civil aviation spokesman Reza Jafarzadeh said.

We are following reports that a Ukrainian 737-800 has crashed shortly after takeoff from Tehran. #PS752 departed Tehran at 02:42UTC. Last ADS-B data received at 02:44UTC. https://t.co/qXWHUPGDTupic.twitter.com/vuAi6TOqTp

Meanwhile, state television also reported that the plane crashed at 6:22 local time. It added that four helicopters and 22 ambulances had been dispatched to the crash site, however, the severe fire was hindered rescue efforts.

"We are aware of the media reports out of Iran and we are gathering more information," Boeing spokesman Gordon Johndroe told news agency Bloomberg.

The Ukraine plane crash has come hours after Iran launched over a dozen ballistic missiles targeting at least two bases where US military and coalition forces' are stationed in Iraq, the Pentagon said on Tuesday. These attacks came after the killing of the commander of Iran's powerful Revolutionary Guards, General Qasem Soleimani, in a US drone strike, which was ordered by President Donald Trump, on Friday.

Boeing is already beleaguered by a spate of crashes that happened in October 2018 and last March. The disasters involving US manufacturer's 737 Max jet have claimed nearly 350 lives so far leading to the grounding of the said planes globally for 10 months.

Meanwhile, ANI also reported that the Indian government has told all Indian airlines to avoid the airspace of Iran, Iraq and the Gulf due to the ongoing tension in the region.

Government Sources: India tells all Indian carriers to avoid airspace of Iran, Iraq and the Gulf following tension in the region pic.twitter.com/ePTl7Vxjdr