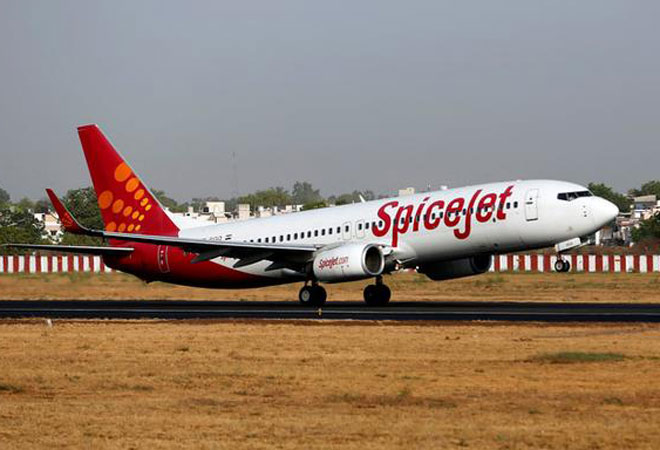 Two days ago, the civil aviation ministry issued a fresh order that allowed domestic airlines to fly at 60 per cent capacity of their approved summer schedule. This was the second time the ministry had revised its diktat of capping capacities for carriers. In May when the domestic fights were started after a two-month hiatus, the cap was 33 per cent which was later revised to 45 per cent in June.

Experts say that the idea of having a capacity cap doesn't make sense unless the government wants to protect the smaller players like SpiceJet and GoAir who have been badly affected by the pandemic. As per Centrum Broking, low-cost carrier SpiceJet is expected to post net loss of Rs 2,284 crore in FY21 due to disruption in operations.

"The cap on capacity in anti-competitive, and highlights the government's intention of protecting some airlines," says an aviation analyst.

The capacity cap doesn't seem logical in any sense. Why? Let's look at the traffic trend. As per Directorate General of Civil Aviation (DGCA) data, the July air passenger traffic stood at 2.1 million as compared to 11.9 million in July 2019. These numbers show that the air travel demand is pretty low already, and by putting restrictions on capacity, the government is damaging any possible chances of revival led by aggressive carriers like IndiGo.

But that's not all. In order to ensure that financially-stable players don't grab more market share, the government has additionally restricted the movement of fares which can be priced in seven bands (ranging from Rs 2,000 to Rs 18,600 per ticket).

While there's nothing wrong in protecting smaller airlines who have been hit by the pandemic but by tinkering with free market principles, the ministry might be delaying the revival of the sector. Also, since every airline is equally affected by the current crisis, the restrictive policies, albeit temporary, are likely to promote inefficiencies and discourage fairness.

"Why is the government restricting capacity when it should be decided by the airlines? Healthy competition creates balance, and the government should take a matured view on this issue," says Mark Martin, founder and CEO, Martin Consulting.

As per some industry insiders, the domestic airlines, particularly smaller carriers, were flying at around 45 per cent capacity (the previous cap) which promoted the ministry to revise its previous order. "It's rather inept that the government is deciding who should fly how much when the same has to be governed by the market forces," says the analyst quoted above.

The capacity cap has been hurting private airlines like IndiGo and national carrier Air India who have a sizeable fleet. Air India, along with Air India Express and Alliance Air, has 172 aircraft while IndiGo has some 275 planes. By having a large number of their planes on the ground, these airlines are not able to generate revenues from them while they continue to pay for their maintenance and lease rentals.

To understand the need for the market forces to work, let's look at the Reliance Jio example. It entered the telecom sector in 2016 with disruptive pricing, and because of its ultra-cheap tariffs, the sector went into consolidation, which resulted in the exit of several fringe players. It took over three years for the telecom sector regulator Telecom Regulatory Authority of India (TRAI) to think about having floor pricing because the consolidation has reached a stage where the sector is now moving towards duopoly and a weak state-run BSNL and MTNL combined.

A completely opposite story is playing out in the aviation space where the airlines are required to operate with a floor pricing from the day one of their operations restart.