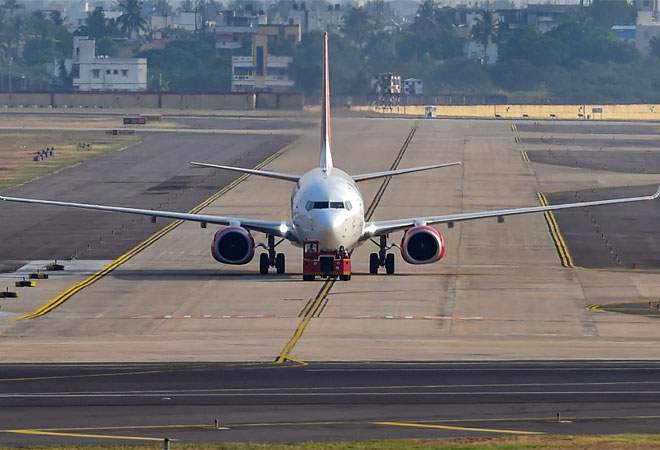 Ministry of Civil Aviation has allowed domestic airlines to operate at 60 per cent operational capacity. In an order on Wednesday, the ministry increased the earlier limit of 45 per cent, effective immediately. It further clarified that other terms and conditions related to domestic flight operations will remain unchanged.

Civil Aviation Ministry stated that the decision to further open the skies for domestic airlines was taken after a review of the current status of scheduled flight operations in the country with respect to passenger demand.

Most of the domestic airlines continue to operate at one-third of their capacity despite being allowed to expand their operations. Average occupancy has not moved beyond 50-60 per cent. Passenger influx remains tepid on the back of fear of infection and lukewarm demand in the business segment.

Meanwhile, air travel has gotten costlier with Civil Aviation Ministry increasing aviation security fee for both domestic and international travellers. This fee is used to ensure security arrangements at airports.

Government has ordered that scheduled international flights to and from India will remain suspended till September 30. International all-cargo operations and flights specifically permitted by the Directorate General of Civil Aviation (DGCA), including repatriation flights, charter flights, and Vande Bharat Mission flights, continue to operate.

Recently, Civil Aviation Ministry also revised the standard operating procedure for domestic and international flights to allow airlines to serve meals on board. Passengers can now be served pre-packed meals, snacks and beverages as per the policy of the airline. For international flights, airlines would now be able to serve hot meals with limited beverage options as per standard practices. As per the new guidelines, passengers without masks would be put on no-fly list.

Aviation has been one of the worst-hit sectors due to the coronavirus pandemic. India reopened its skies for domestic carriers on May 25 after a two-month hiatus. Initially, airlines were allowed to operate at one-third of third of their capacity, which was then increased to 45 per cent.