While acknowledging that there are problems, including high taxes on jet fuel, Dutta said there are huge opportunities going forward,IndiGo CEO Ronojoy Dutta said 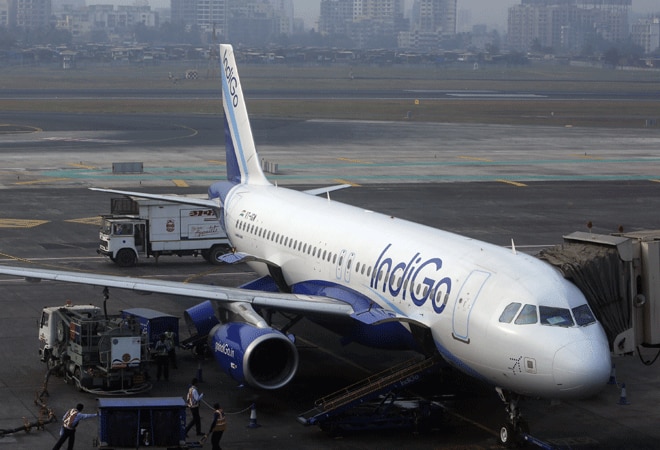 With strong fundamentals, India's civil aviation sector is in its "golden age" and there is also healthy competition among domestic carriers, IndiGo CEO Ronojoy Dutta has said. Interestingly, the country's civil aviation sector has been experiencing lower growth in traffic compared to previous years and there has also been softness in fares in October, according to industry experts.

The traffic grew just 1.18 per cent in September, as per the latest available official data.

IndiGo, owned by InterGlobe Aviation, is the country's largest airline with a market share of 48.2 per cent in September.

While acknowledging that there are problems, including high taxes on jet fuel, Dutta said there are huge opportunities going forward.

"We are in the golden age of Indian aviation and there are huge opportunities going forward... There are always problems, there are always issues and economic cycles. (But) The fundamentals are strong," he told PTI in an interview.

According to him, tax on aviation turbine fuel (ATF) is 30 per cent higher than rest of the world.

Bringing ATF under the Goods and Services Tax (GST) has been a long pending demand of the airline industry.

"Then there are throughput charges for which we should be getting credit for taxes paid," he added.

IndiGo has been aggressively expanding its operations and has started 11 overseas routes in the last one year. Recently, it placed an order for 300 more planes from Airbus and is also considering wide-body aircraft for long haul routes.

On whether there is healthy  competition among local carriers, Dutta replied in the affirmative.

"We have a commonality of interests. Airlines around the world have commonality (of interests). It extends to ATF taxes, infrastructure issues. In terms of who gets which rights and who flies where, it is all fierce competition," he noted.

He also made it clear that there are no plans for a loyalty programme for passengers.

"We have studied it. We have rejected that option... It is too expensive. We are a low cost carrier and we have to keep our costs low," Dutta said.

When asked whether passenger volumes could balance the costs arising out of a loyalty programme, the IndiGo chief replied in the negative.