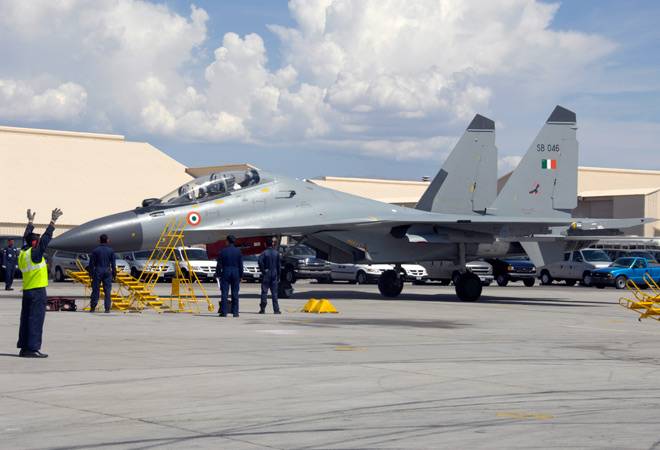 This is the sixth edition of Exercise Garuda.

The air forces of India and France will take part in a joint exercise at Mont de Marsan in France from July 1 to 12, which will see participation of fighter jets like Rafale, Mirage 2000, Sukhoi 30 from the two sides.

The Indian Air Force contingent comprises of 120 air-warriors and four Sukhoi 30 MKI along with an IL-78 flight refuelling aircraft, according to the IAF.

A part of their Indo-Pacific cooperation, the Garuda exercise, which will take place from 1st to 12th July 2019 at Mont de Marsan (southwest of France), is a tactical Indo-French exercise aimed at enhancing the interoperability level of the French and Indian crews in air defence and ground attack missions.

Falling under the global framework of bilateral cooperation between the two nations, the Garuda exercise is alternately held in France and India, the French embassy said.

This is the sixth edition of Exercise Garuda. The last exercise, 'Garuda V', was held at Air Force Station Jodhpur in June 2014.

Participation of IAF in the exercise will also promote professional interaction, exchange experiences and operational knowledge besides strengthening bilateral relations with the French Air Force, the IAF statement said.