Airbus has estimated that India will need some 1,750 new passenger and cargo aircraft over the next 20 years to meet the exponential growth in passenger and freight traffic. 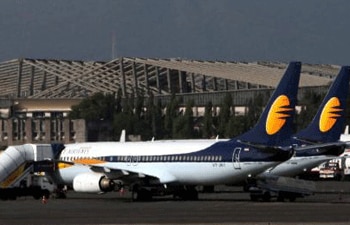 The aviation sector is buzzing with reports of fresh orders by Jet Airways and market leader IndiGo. At the three-day Wings India 2018 convention held in Hyderabad, Jet Airways CEO Vinay Dube, without naming any manufacturer, said Jet hopes to order 75 narrow-body aircraft by March 31 in addition to 75 Boeing 737 MAX that the airline had ordered in 2015. IndiGo, on the other hand, has reportedly ordered 50 Airbus A330 wide-body jets.

The order book of Indian carriers stands at over 1,000 aircraft, and there are over 500 aircraft flown by scheduled commercial airlines at the moment. In terms of pending orders, IndiGo is much ahead of the competition with nearly 400 Airbus A320s, and about 49 ATRs on order. This is followed by SpiceJet, which has firmed up its orders for 155 Boeing 737-8 Max, and 50 Bombardier Q400s.

Airbus has estimated that India will need some 1,750 new passenger and cargo aircraft over the next 20 years to meet the exponential growth in passenger and freight traffic. It includes 1,320 new single-aisle aircraft and 430 wide-body aircraft valued at $255 billion.

Airbus says the air traffic growth is likely to be driven by the fast-expanding economy, rising wealth, urbanisation and the government-backed Udan (Ude Desh Ka Aam Naagrik) scheme. "By 2036, Indians will each make four times as many flights as today. As a result, traffic serving the Indian market is forecast to grow 8.1 per cent per year over the next 20 years, almost twice as fast as the world average of 4.4 per cent," Airbus said.

The passenger traffic picked up in January to 19.69 per cent after several months of muted growth. With that kind of order book, India is set to become the third-largest aviation market by 2019/20, behind the US and China. The aviation sector experts are skeptical of the projections though as there are a host of issues that could affect the growth over the next few years. Lack of airport infrastructure, rising ATF (aviation turbine fuel) prices, and long-term sustainability of the Udan scheme may hamper the growth.