If the Mumbai bench of the NCLT, presided over by VP Singh and Ravikumar Duraisamy, admits the petitions filed by Jet Airways' suppliers Shaman Wheels and Gaggar Enterprises on Monday, the grounded carrier's lenders will end up taking a massive hit 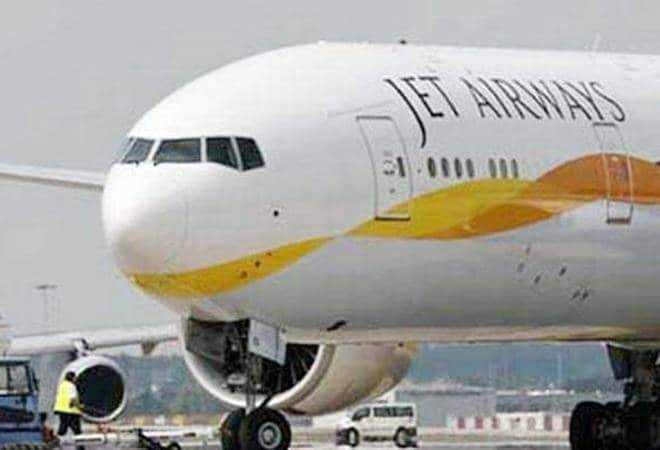 The beleaguered Jet Airways is sitting on a debt pile of nearly Rs 11,000 crore was forced to halt all operations in April

The fate of Jet Airways is hanging in the balance and much rests on how today pans out. On one hand, reports suggest that the grounded carrier's lenders are expected to respond to the bailout conditions set by its strategic partner Etihad and the Hinduja Group this week, perhaps as early as Monday, and on the other hand Jet Airways is at risk of landing at bankruptcy court.

Two of the airline's operational creditors, Shaman Wheels and Gaggar Enterprises, have approached the National Company Law Tribunal (NCLT) for the recovery of their dues. The matter will be heard today. If the Mumbai bench presided over by VP Singh and Ravikumar Duraisamy admits the petitions, the efforts of Jet Airways' lenders to stitch up a revival deal with investors will take a big hit.

The banks have, thus far, tried hard to figure out a resolution outside the Insolvency and Bankruptcy Code (IBC) framework in an attempt to maximise recovery from the beleaguered airline sitting on a debt pile of nearly Rs 11,000 crore. Last heard, the Hinduja Group had not submitted the final proposal. Etihad Airways, which has made it clear that it does not want a majority stake, is also yet to come out with its final proposal.

Sources told The Economic Times that the potential investors are insisting on wiping out the equity holdings of existing investors, including minority owners. Under those offers, the lenders may have to let go of about 60 per cent of their arrears from the airline and take convertible securities for the remaining.

But despite the haircut, this route could provide banks with an upside in a revival whereas they would end up with a massive loss should Jet Airways end up getting liquidated. That's because the airline does not hold much assets - most of the aircraft it operated, for instance, were on lease. As per the latest DGCA data, 99 planes of Jet Airways have been deregistered since its cash-crunch began. This means that the lessors can take their aircraft out of country and lease them to other players.

If the NCLT bench accepts the pleas filed by the two operational creditors today, the airline's financial creditors will also have to become party to the case to recover their money."If the petition is admitted, it's the end of the road for the [Jet Airways]," a banker aware of the development told the daily. "We are not very hopeful of recovering our dues in bankruptcy as the other liabilities are much bigger than bank loans. We will have to see if other creditors will be treated on par with financial creditors."

According to Rishabh Sheth, the owner of Shaman Wheels, his company moved the tribunal after the airline defaulted on dues of around Rs 6.82 crore. Group Shaman is one of the largest automobile dealers in Mumbai and is also an active player in the organised used cars market. Ahmedabad-based Gaggar Enterprises used to supply packaged drinking water to the airline.

Of course, these two suppliers are not the first to consider dragging Jet Airways to bankruptcy court. The buzz is that several operational creditors have already sent the company notice under the Insolvency & Bankruptcy Code and once these pleas gets heard, many more players are expected to join in. For instance, on April 15, Rajan Rakesh & Bros sent a notice to the airline, threatening to commence insolvency proceedings unless it cleared dues of over Rs 25 lakh. The company claimed it had not received any payments from the airline since January 2.

The NCLT is supposed to admit - or dismiss - a petition within 14 days, but it may take longer. One an application is admitted, the next step is the appointment of a resolution professional and the formation of a committee of creditors, which has to consider and clear a resolution plan over the next 180 to 270 days. Should lenders not be able to agree upon a resolution plan, the last option is to liquidate the beleaguered company.