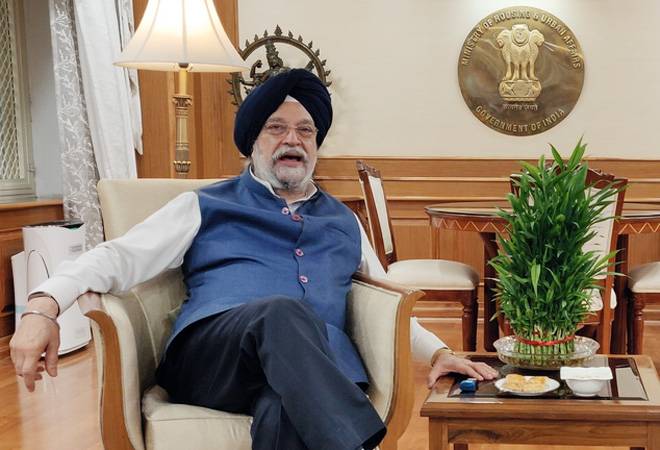 Aviation Minister Hardeep Singh Puri said on Thursday that people are very interested in acquiring national carrier Air India and he has been receiving calls from all over the world in this regard. He also said it was clear that there should be total privatisation of the national airline and "we have to get the best possible deal" in the shortest time available.

This is a second attempt by the Modi government to privatise the cash-strapped Air India. Its efforts to sell 76 per cent stake failed in 2018. "Are people interested in acquiring Air India? I would say yes. Very much so. Why are they keen on acquiring it?...(Because) it is a first rate airline, and whoever acquires it will be very fortunate and well...he will be (able to) run it according to private sector principles," the minister told a press conference here after a media workshop for civil aviation correspondents.

After analysing the Air India's disinvestment process of 2018, the then transaction adviser 'EY' in its report cited the government retaining 24 per cent stake and corresponding rights and high debt as reasons for the failure of the disinvestment process. The minister said on Thursday, "The interest has to be expressed in a formal manner after the Expression of Interest has been released. A lot of people come to Pradeep (Kharola). they come to Ashwini (Lohani), they come and speak to me, and I get calls from all over the world."

Pradeep Singh Kharola is Secretary in the Ministry of Civil Aviation. Ashwani Lohani is the Chairman and Managing Director (CMD) for Air India. The Central government is expected to release the Expression of Interest by October to invite formal bids. "It is very clear that there should be a total privatisation. We have to get the best possible deal. And we have to get it in the shortest time available. We will not be doing any wavering of the kind that we witnessed earlier where we found a situation in which we hold back 24 per cent," Puri said.

In 2018-19, Air India incurred losses of around ?7,600 crore. By the end of 2018-19, it had a debt burden of around ?58,300 crore. About the failed disinvestment process of 2018, the minister said, "There are lessons to be learnt. If you go down that route once, and if you encounter obstacles or there are perceptions of lack of success, surely you subject that to clinical and professional analysis. You get consultants to look at. You yourself look at it that what is it that went wrong."

Oil marketing companies led by Indian Oil Corporation (IOC) last week stopped supplying fuel to Air India's aircraft at Kochi, Pune, Patna, Ranchi, Visakhapatnam and Mohali airports over payment defaults, amid their combined dues mounting to around Rs 5,000 crore. On this matter, the minister said, "Air India has got a severe backlog of debt which it is trying to service. All the fuel that the airline is picking at a daily basis, it is paying for. The issue here is that of back bill."

"Airline operations are going on very well (currently). There are no disruptions. Wherever there were issues, they are looking for a letter of comfort. I have told the Air India CMD to provide that letter of comfort," he added. On July 3, Puri had said in the Rajya Sabha that the government was committed to the disinvestment of Air India and the plan is to make it more operationally viable before stake sale.