SpiceJet gets 43% of slots vacated by Jet Airways 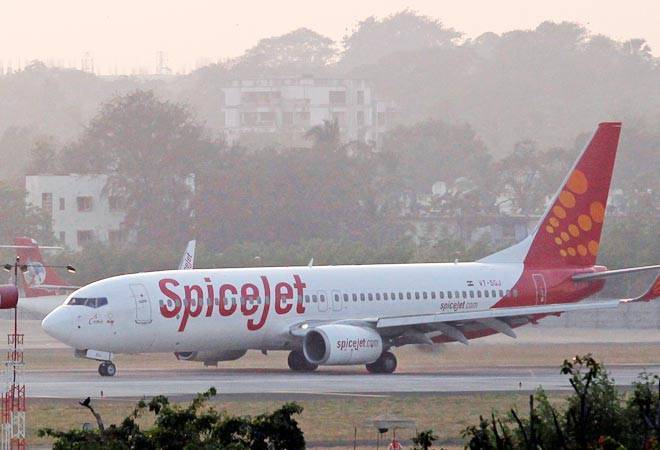 Low-cost airline SpiceJet has bagged the most number of airport slots - 43 per cent in total - vacated by Jet Airways, according to a report by Elara Capital. The debt-ridden Jet Airways formally stopped all its operation on April 17. Jet Airways owes more than Rs 8,000 crore to banks, and thousands of crores more in arrears to vendors, lessors and employees.

In May, civil aviation minister Suresh Prabhu sought a report on the allocation of airport slots vacated by Jet Airways to other airlines.

Jet Airways has more than 440 slots at Mumbai and Delhi airports.

According to Elara Capital report, SpiceJet has won 43 per cent of these slots in March-June period at Mumbai and Delhi airports. SpiceJet received 130 slots, with the maximum number at Mumbai airport at 68 out of the 214 vacated by Jet Airways, reported cnbc.tv.

On the other hand, domestic airlines like IndiGo, GoAir, Vistara and AirAsia India have bagged 32 per cent combined, with 13 per cent,  7 per cent and 4 per cent, respectively.

As per aviation experts, Delhi and Mumbai airport slots are considered most significant since these two witness maximum passenger movement and allow airline to operate maximum flights.

How airports slots are allocated to airlines:

As per International Air Transport Association (IATA) rules, all Indian airline must give report about their schedule before summer and winter seasons every year. All the domestic carriers then submit their schedule to the Airports Authority of India (AAI) and private airport operators, and foreign airlines to AAI and Air India.

Private airports which operate under joint venture, they allocate slots in consultation with slots with AAI. Such airports consider the airline's runaway capacity under AAI rules.

Flyers affected most by SpiceJet's flight cancellations from Jan to May: Hardeep Singh Puri